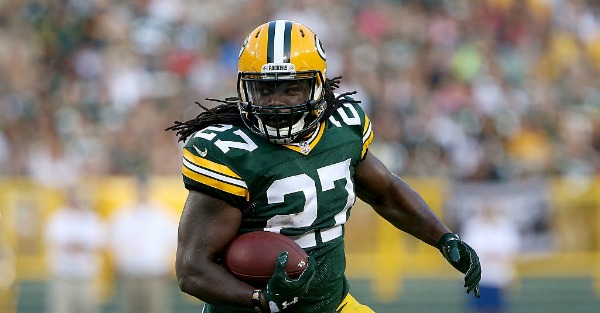 Green Bay Packers running back Eddie Lacy could be sidelined several weeks with an ankle injury.

RELATED: Packers finally get some depth at this position in trade with Chiefs

Lacy injured his ankle in a loss to the Dallas Cowboys, and he is definitely out for Thursday’s matchup against the Chicago Bears. The Packers have a road game the following week against the Atlanta Falcons, but the schedule softens considerably after that game.

Lacy has rushed for 360 yards and 5.5 yards per carry thus far this season, but he has yet to reach the end zone on the ground.

To fill the void left by Lacy, the Packers traded late conditional round pick for Kansas City running back Knile Davis.