The Rams finally make a decision on No. 1 overall pick Jared Goff 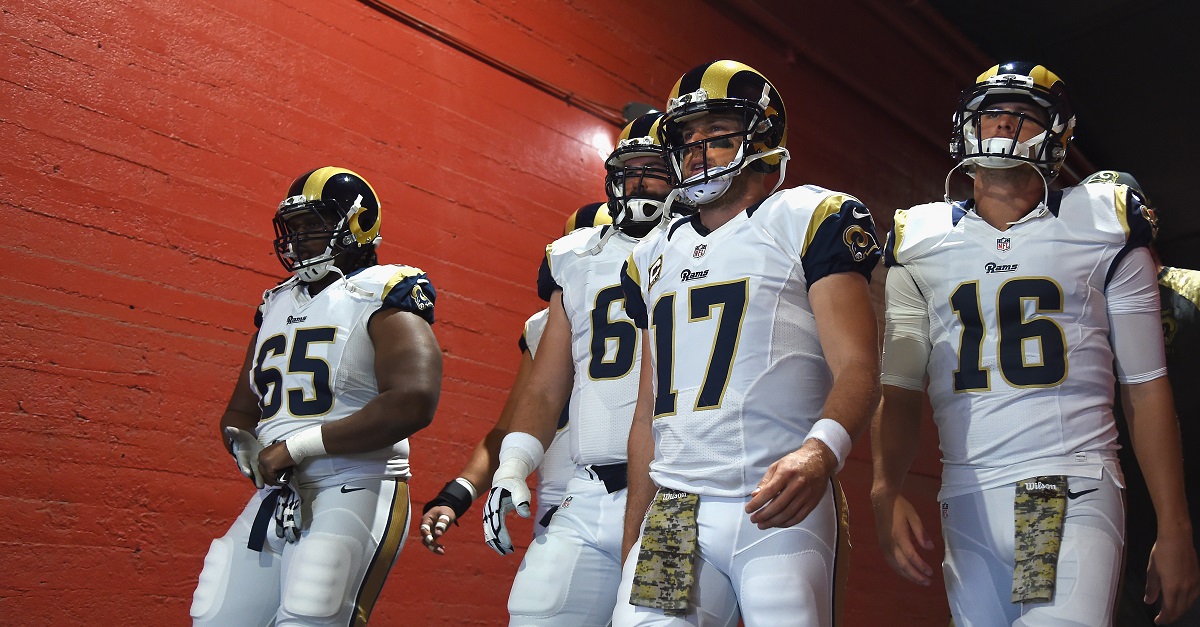 It appears that the Los Angeles Rams have finally made the long-awaited decision for their offense.

Adam Schefter and Chris Mortenson reported on Tuesday that the Rams would start quarterback and 2016 No. 1 overall pick Jared Goff against the Miami Dolphin on Sunday.

Jared Goff will start Sunday for the @RamsNFL against @MiamiDolphins in front of a home crowd, per team sources. QBs were informed this am.

Jared Goff will make his first NFL start Sunday at home vs Miami Dolphins, per @mortreport. Goff tries to give Rams postseason push.

The decision won’t just represent Goff’s first NFL start, but it will also be his first snaps in the regular season.

The Rams gained some controversy before the season when it was announced that Goff would serve as the third string quarterback behind Case Keenum and Sean Mannion. The Rams gained even more criticism after fellow rookies Carson Wentz and Dak Prescott performed well as starters in Philadelphia and Dallas.

However, after weeks of struggling offensively — and with fans even chanting for Goff at home games — it looks like the team is finally game to give the rookie his shot.