The Vikings have found a new starting QB, and he’s not going to inspire confidence 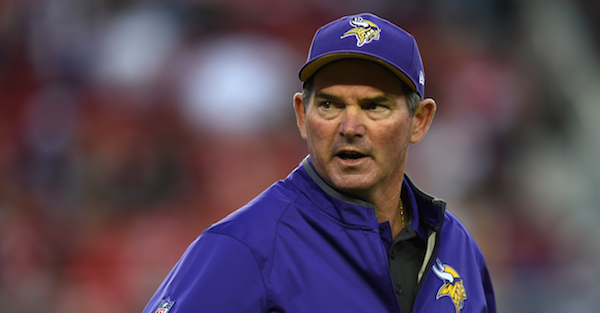 The Minnesota Vikings should be in panic mode after starting quarterback Teddy Bridgewater destroyed his knee, sidelining him for the entire 2016 season.

RELATED: The Vikings are reportedly thinking about adding another veteran, and that’s an awful mistake

Instead, with limited options, coach Mike Zimmer is placing his faith in journeyman quarterback Shaun Hill, who has played for five NFL teams, twice with the Vikings.

As a second option in St. Louis, Hill completed 63 percent of his passes but threw nearly as many interceptions (seven) and touchdowns (eight) in 14 games.

As much “confidence” as Zimmer has in Hill, he’s still reliant on the rest of the team to pick up the pieces, whether he likes it or not.

“We have a good defensive team. Our offensive line is much better. We have good receivers. We have maybe the best running back in the NFL,” Zimmer said. “So this is about a team.”

Bridgewater didn’t exactly light up the scoreboard in 2015, throwing for just 14 touchdowns. Maybe the Vikings will be alright without him. Just don’t expect Hill to make fans feel inspired by his play.