There’s a scenario where Tony Romo won’t be the Cowboys’ starter, and it has nothing to do with his injury 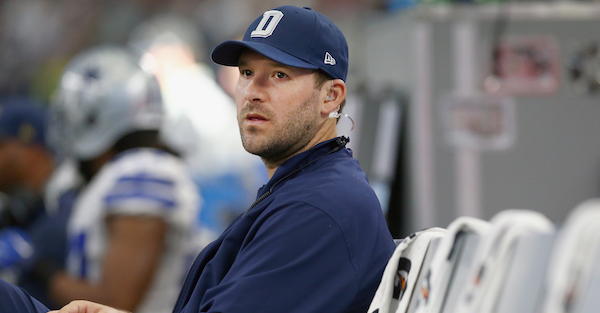 We saw it play out in New England, and lightning could strike twice in the NFL.

On nearly a yearly basis, Dallas Cowboys quarterback Tony Romo has suffered a season-derailing injury that puts America’s Team’s Super Bowl aspirations in the rear view. That all could change if rookie Dak Prescott is able to do what Tom Brady did before leading the Patriots to the Super Bowl in 2001.

And even Executive Vice President Stephen Jones couldn’t rule out that scenario, via a sit down with MMQB:

?But things happen. You know that. You know what happened to Bledsoe and Brady. [In 2001, Drew Bledsoe was KO?d with internal bleeding for most of the season. Unknown Tom Brady relieved him and never gave back the job.) I?m sure Tony?s aware of that. But the reality is, Tony?s going to come back for us and play great, we believe.?

“We believe,” there is key.

Romo has suffered three serious back injuries over the last four years, including two fractures and a herniated disk.

Prescott has been unreal during the preseason, and if he can turn it on during the regular season, Dallas could have its next franchise quarterback.