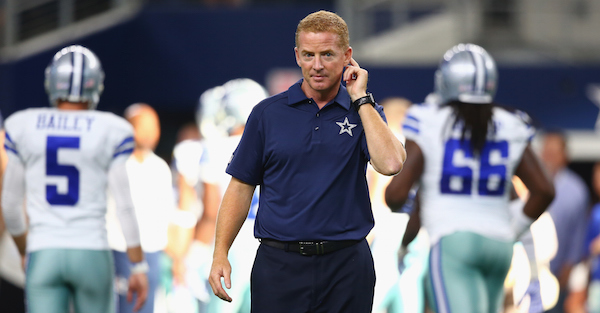 ARLINGTON, TX - SEPTEMBER 03: Head coach Jason Garrett of the Dallas Cowboys before a preseason game against the Houston Texans on September 3, 2015 in Arlington, Texas. (Photo by Ronald Martinez/Getty Images)

We brought the news on Tuesday that Darren McFadden had an accident at home during Memorial Day weekend that resulted in the starting Dallas Cowboys running back breaking his elbow.

McFadden will be out approximately two months, and more details have emerged on the embarrassing fashion the oft-injured back sustained his broken elbow: