This guy is showing the worst possible trait an NFL head coach can show, and it’s going to kill his team 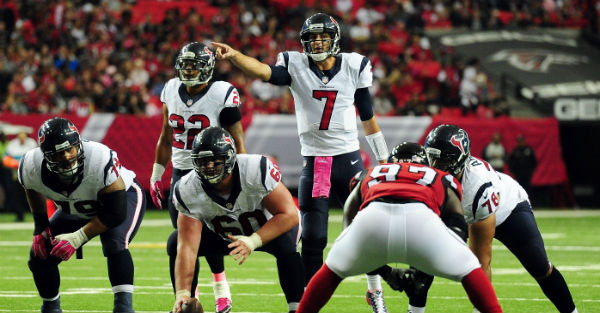 If the best way to lead a team is by example, then head coach Bill O’Brien is failing miserably by exercising an inability to make a decision about who will start as quarterback for the Houston Texans (1-4).

In a press conference following Thursdays 27-20 loss to the Indianapolis Colts (3-2), O’Brien sounded like an indecisive and insecure teenager when discussing who would start in Week 6 against the Jaguars or as the long-term starter, Brian Hoyer or Ryan Mallett.

?Brian I thought did a good job tonight, but we?ll talk about it. I haven?t even talked to the staff yet about it,” O’Brien told reporters, via NBC Sports. “We?ll sit down and review the film. I thought Brian did a good job though. He went in there, it wasn?t the easiest of circumstances ? other than the last play there where he kind of launched it up there. He probably wants to have that one back, but I thought he did a good job. We?ll review it tomorrow and see where we are at that position.”

The second year Houston coach initially announced in the preseason that Hoyer would be the starter but changed his mind in the first game when he took out Hoyer and put in Mallett. Although Mallett has started every game since Week 1, he was replaced by Hoyer two games back-to-back and Hoyer put up better numbers in both, NBC Sports</em> reported.

Okay, okay neither Hoyer or Mallett are Tom Brady but the former Patriots OC coach needs to take a lesson from another wishy-washy fella, Shakespeare’s Hamlet . O’Brien needs to make a decision because if he can’t confidently lead his team, his career in Texas will end up just like Hamlet. Dead.