This little known QB has an amazingly strong arm 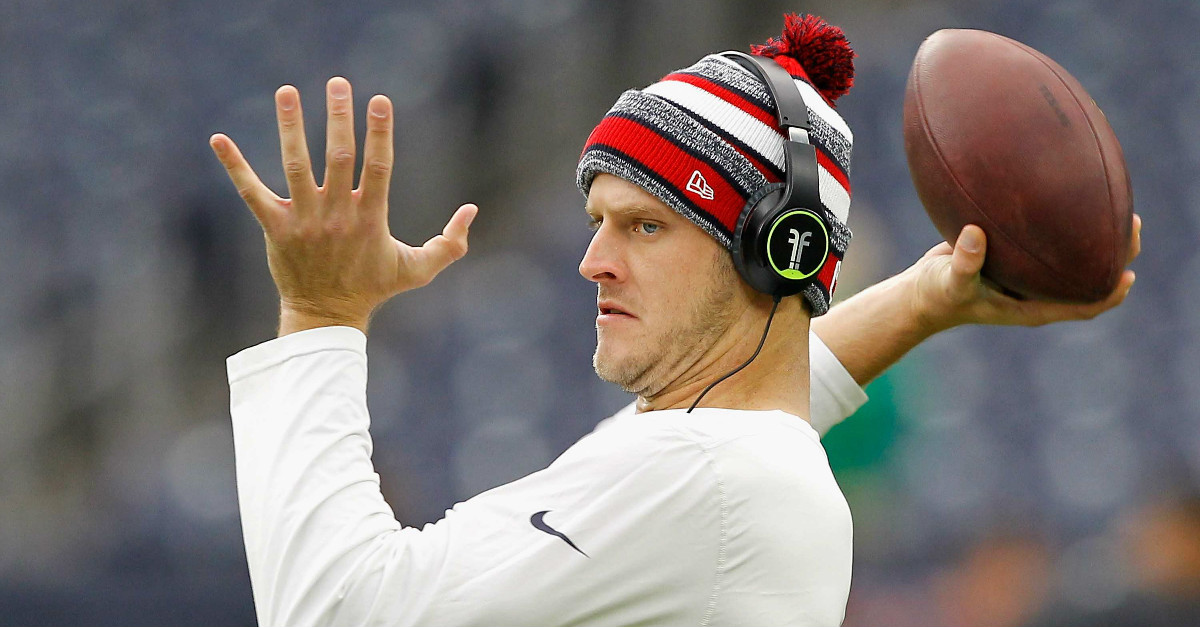 Ryan Mallett is an NFL novice, appearing in just five games and throwing four passes for 17 yards. But on Sunday, he gets the start for the Houston Texans against the Cleveland Browns. Maybe he’ll get a chance to show off what is an incredible arm.

According to this Business Insider piece, Mallett has thrown the ball 88 yards during a high school showcase and 86 yards throwing for a magazine story. He’s been seen kneeling at midfield and throwing the ball through the uprights, some 60 yards away. And, an ESPN sports science piece says his throws reach speeds of 65 miles per hour. Wow.

There have been plenty of big armed QBs that have flamed out in the NFL, so who knows whether this arm strength will translate to success. At minimum, it’ll find to watch if Mallett gets a chance to throw some deep balls.