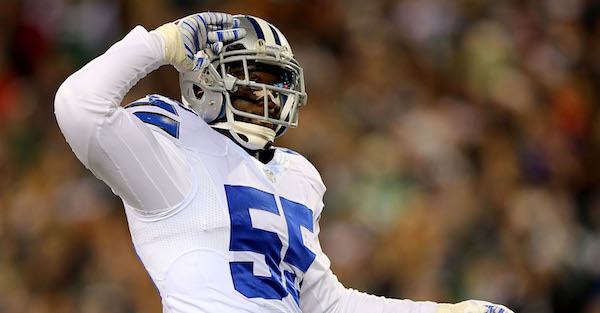 PHILADELPHIA, PA - DECEMBER 14: Rolando McClain #55 of the Dallas Cowboys reacts during the game against the Philadelphia Eagles at Lincoln Financial Field on December 14, 2014 in Philadelphia, Pennsylvania. (Photo by Elsa/Getty Images)

After his second suspension in as many years, Rolando McClain is reportedly in danger of missing more than the 10 games he’s slated to miss after a substance abuse violation.

He could be released from his contract, per WFAA’s Mike Leslie:

To be clear — the wording of the text was "consider". It's not a done deal, by any means. But given his past issues, it has to be debated.

McClain is under a one-year, $1.25 million contract and he’ll miss more than half of the team’s games assuming a Super Bowl run isn’t in the team’s cards.