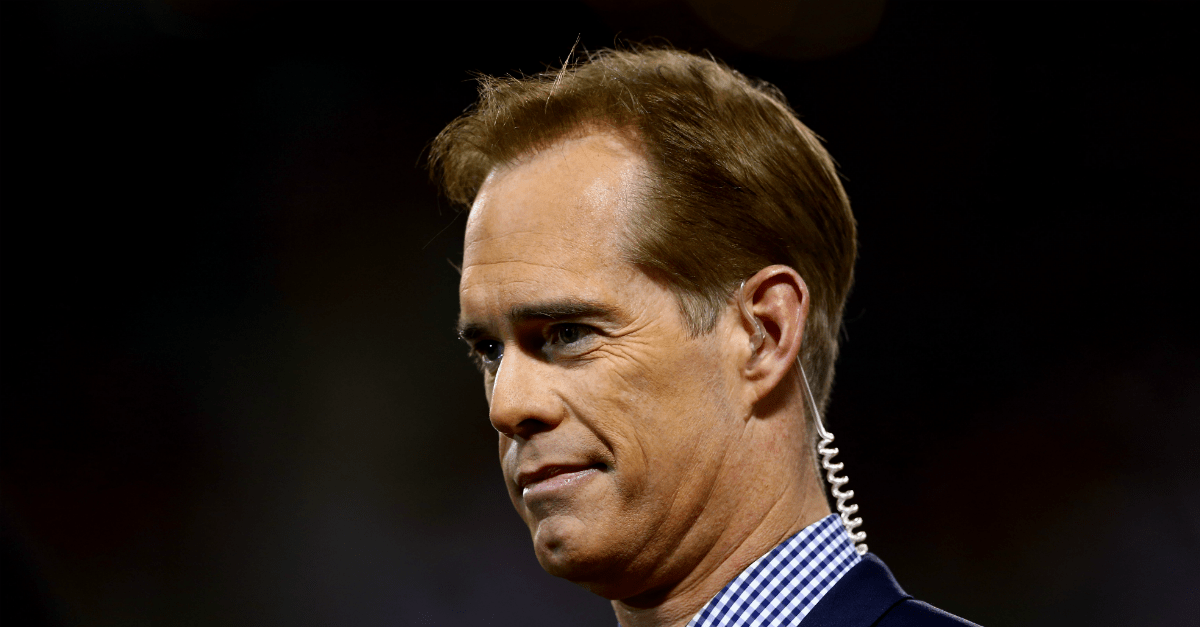 Elsa/Getty Images
BOSTON, MA - OCTOBER 23: Fox broadcaster Joe Buck is seen before Game One of the 2013 World Series between the Boston Red Sox and the St. Louis Cardinals at Fenway Park on October 23, 2013 in Boston, Massachusetts. (Photo by Elsa/Getty Images)

FOX has landed the rights to NFL Thursday Night Football, and it didn’t come without a hefty price attached to it.

According to reports, the broadcast company is paying $550 million to air the NFL’s Thursday Night Football games.

This report comes by way of John Ourand of Sports Business Daily, who also says that the outlet’s top broadcast team of Joe Buck and Troy Aikman will not call the games. Considering the duo of Aikman and Buck have been the face of the NFL on FOX, this is pretty stunning news.

To put this deal in some context, NBC and CBS shared in a deal to air the games, previously giving the National Football League $450 million to do so. In this new deal, FOX will have to share its 11 games a bit, as they will be on the NFL Network at the same time.

That being said, with the NFL Network not nearly in as many homes as FOX, this is a big win for the network.

The report also mentioned how CBS and NBC offered a similar deal to the one they already had with the NFL. However, it doesn’t take a genius to figure out that $550 million is a full $100 million more than $450 million.