Titans let fans call their first two plays, and they probably should have just stuck with them 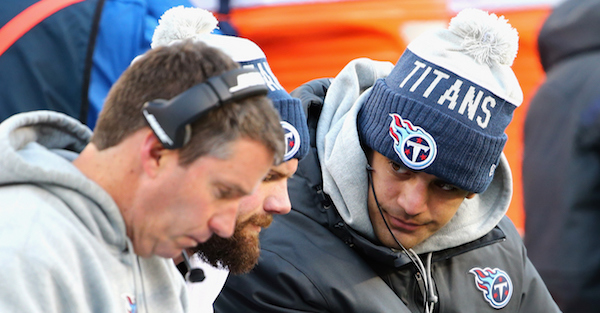 Everyone thinks they can out-coach an NFL coach. How many times have you called the play-callers of your favorite team names because their calls failed to produce anything positive? Tennessee Titans fans may have the biggest gripe of anyone after the team’s first preseason contest.

RELATED: Derrick Henry has a big day at Titans scrimmage with help from former Tide teammates

Coach Mike Mularkey confirmed the team auctioned off the plays, which generated $20,000 for the Make a Wish Foundation. Not only that, the two plays generated a combined 46 yards–a 15-yard run from Demarco Murray and a 31-yard completion from Marcus Mariota to Tajae Sharpe. Wouldn’t you know the offense stalled right after that?

Titans let fans call 1st two plays Sat night. They ended up being a 15 yd run and a 31 yd pass. Next 3 called by coaches? 5 total yards

It’s not all bad, as the Titans rolled over the Chargers 27-10, but there’s something to be said when your fans seem to be better play-callers than your coaching staff.