Tom Brady after Super Bowl interaction with Roger Goodell: “I’m not going to give away my power” 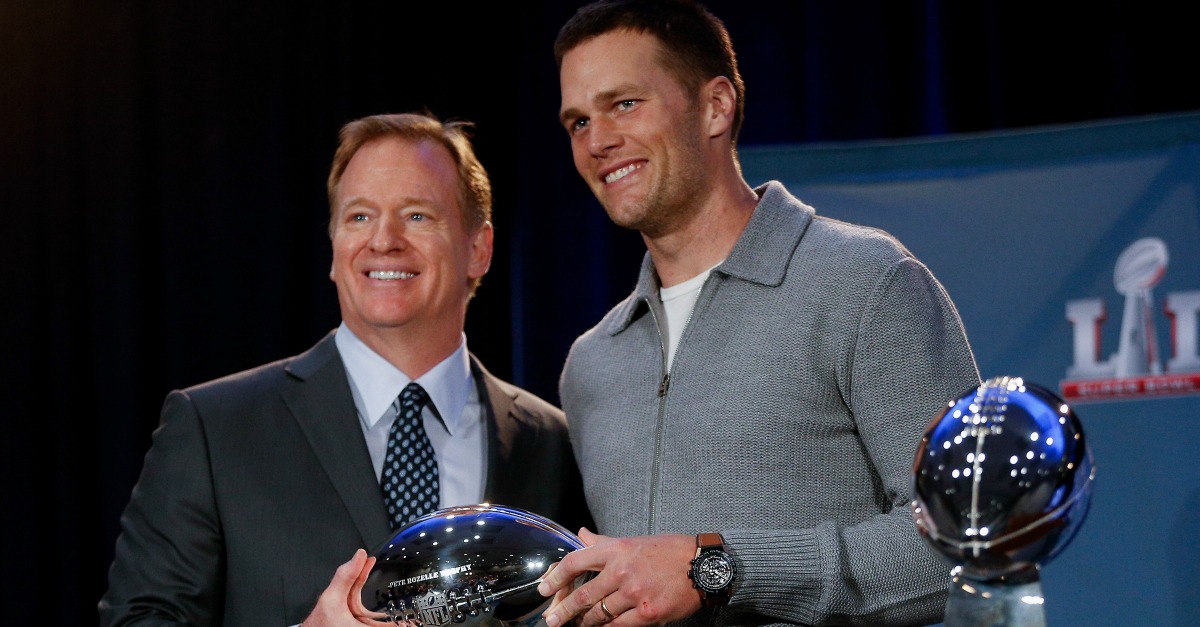 Tom Brady has an interesting way of dealing with adversity. In essence, it’s killing them with  kindness.

After the Super Bowl, and during a press conference, Brady, the New England Patriots quarterback stood next to his adversary, NFL commission Roger Goodell, and smiled for a solid 20 seconds. Goodell had suspended Brady for four games at the start of the season, and the animosity between the Patriots and commissioner was on full display after the Super Bowl. Patriots owner Robert Kraft wouldn’t even look at Goodell when receiving the Super Bowl trophy; fans in the stand booed Goodell; and Patriots coach Mike Patricia wore a shirt that portrayed Goodell as a clown.

He explained his reaction to Peter King in his latest MMQB story:

“I guess the point is, when you subject yourself to a lot of criticism, what I’ve learned from myself is, I don’t want to give my power away to other people by letting my own emotions be subjected to what their thoughts or opinions are. So if someone calls me something, that’s their problem. It’s not my problem. I’m not going to give away my power.

“You can call me an asshole and I am going to smile at you probably. I’m not going to say, ‘No, you’re an asshole.’ Because that person is controlling me with what their thoughts and actions are. How can you go through life, now at this point, 17 years, being affected by everybody all the time with what someone says?”

That’s one way to disarm your detractors.