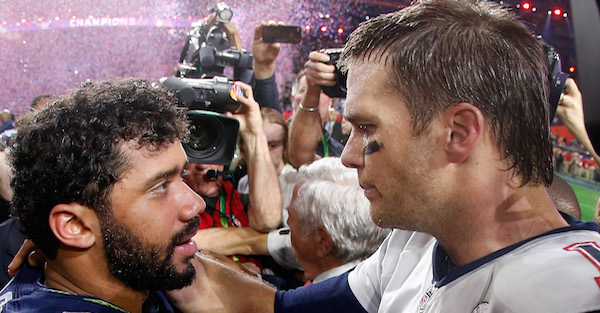 Tom Brady and Aaron Rodgers are two of the top quarterbacks in the NFL on a fairly consistent basis. But in 2015-16, neither quarterback even cracked the top 10 when it came to accuracy.

NFL coaches and evaluators reportedly believe this QB is on the same level as Tom Brady, Aaron Rodgers

Football Outsiders created a passing plus-minus system that estimates how many passes a quarterback would complete compared to what an average quarterback would have completed, given the location of those passes, which is what ESPN used to create the ranking system.

We’re all about advanced stats, but find it’s hard to believe Taylor was more accurate in 2015-16 than Brady or Rodgers.

For a full breakdown of how ESPN got these numbers, go here.