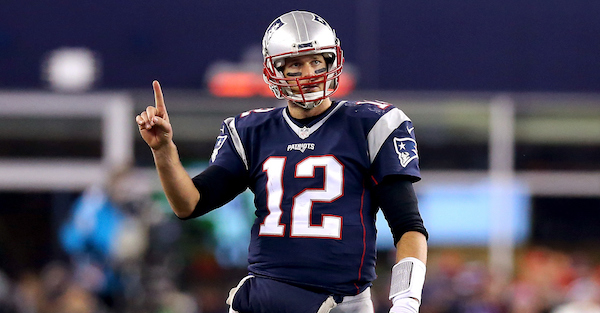 Related: Patriots fan was reportedly having a heart attack, and here’s why she refused to leave the game

If Brady were to win the MVP award, he’d be the first in NFL history to miss four games, but still go on to win the award. Joe Montana missed three games in 1989 before winning the MVP award.

In just two games, Brady has thrown for 782 yards and six touchdowns. Brady would join elite company (Jim brown, Johnny Unitas and Brett Favre) if he wins the MVP award this year, which would make it his third as a pro (2007 and 2010).