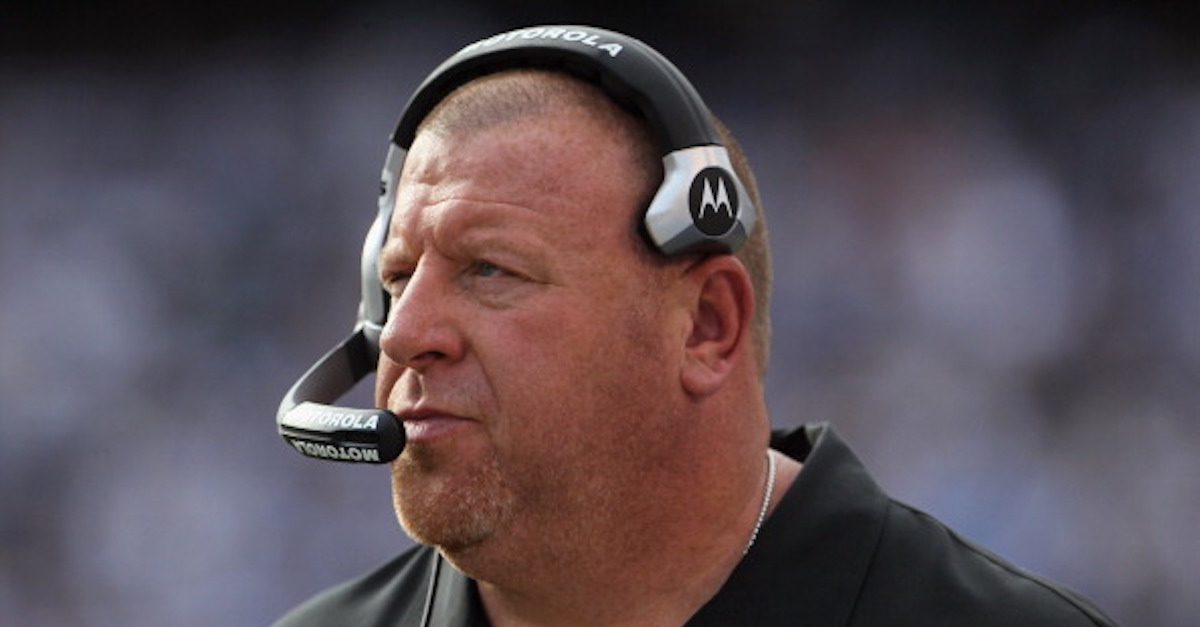 According to Ian Rapoport of NFL.com, Tom Cable is back with the Oakland Raiders.

Rapoport is reporting that Cable, now 53 years old, has re-joined the Raiders and will be serving on Jon Gruden’s staff as offensive line coach.

This is the same position he had with the Seattle Seahawks for multiple seasons. Cable was Seattle’s offensive line coach and run game coordinator from 2011 to 2017, also serving as the Seahawks’ assistant head coach during that time frame. Cable won a Super Bowl with the Seahawks and played a major role in Seattle’s offensive success, especially as it related to the run game.

“Cable joins an offensive staff that will be spearheaded by head coach Jon Gruden, who plans to call plays, and offensive coordinator Greg Olson. Don’t overlook Cable’s role with the team. In 2017, Oakland quarterback Derek Carr finished with the fourth-worst passer rating under pressure (40.8) even though he faced pressure at the third-lowest rate (27.2), according to Pro Football Focus. Russell Wilson, playing behind Cable’s offensive line, faced pressure at the league’s highest rate (41.4).”

Cable coached the Raiders to a 4-8 record after Kiffin was fired and was promoted to full-time head coach, a position he held until January of 2011.

He finished his head coaching stint in Oakland with a 17-27 overall record.