Tony Romo is all for second chances, even if it involves hitting women 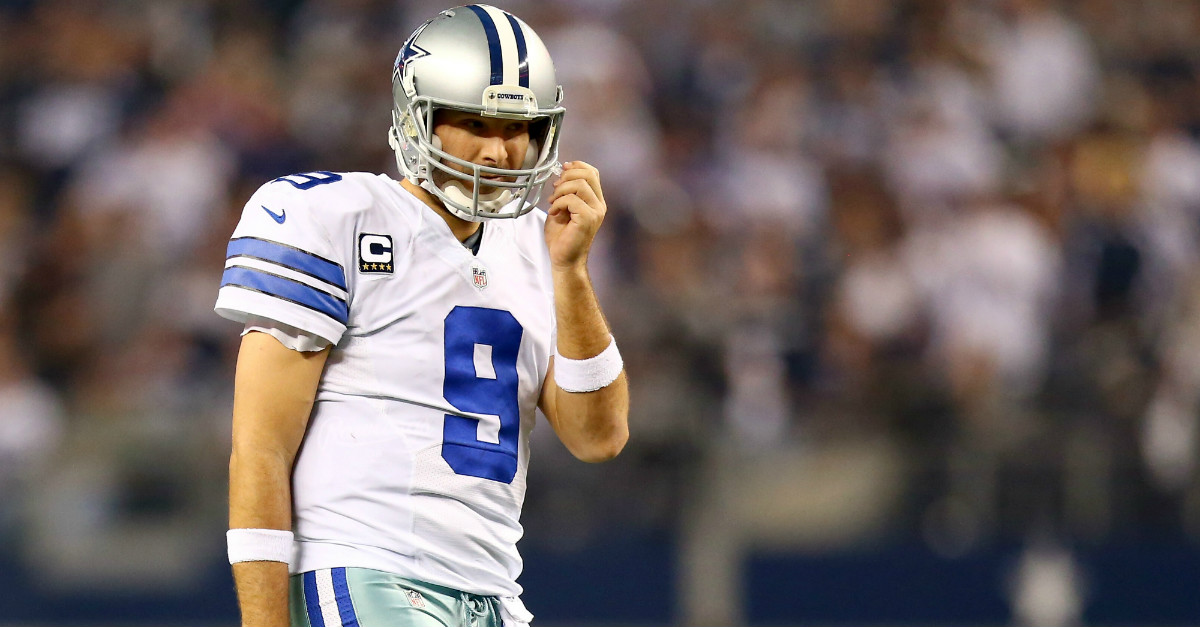 There are lots of people, myself included, that believe guys like Greg Hardy and Ray Rice do not deserve a second chance in the NFL. After all, Hardy was convicted of domestic violence before having his charges dropped after his accuser intentionally made herself unavailable for the appeals process, reportedly she was paid off and Rice was seen on camera punching his then-fiancee in the face. Tony Romo believes everyone deserves a second chance.

“If every time someone did something wrong everybody turned the other way and didn’t like anybody on this planet, really in general, I would think that none of us would like each other,” Romo said on KESN-FM 103.3, via the Dallas Morning News.

It should be noted that Romo is the leader of the Dallas Cowboys, who happened to sign Hardy to a one-year deal. It’s unknown if he would be saying this if Hardy wasn’t his teammate, but alas, it’s a pretty strong stance on what’s been a hotly debated issue for over a year now. Even with Rice’s and Hardy’s wrongdoing, Romo believes they should get another opportunity to play in the NFL.

“Is he going to help us as a pass rusher? There’s no question. I think that we all know that because he’s a talented player he’s going to be afforded more opportunities in the National Football League. At the same time, even if he wasn’t, I still think Ray Rice and Greg Hardy deserve another chance, just because I feel like everybody has their skeletons in their closet. If everything was shown over everyone’s head, no one would be given a second chance. That’s part of the way I think we think.”

Teams that sign players with serious criminal history will and should continue to get heat from the public.