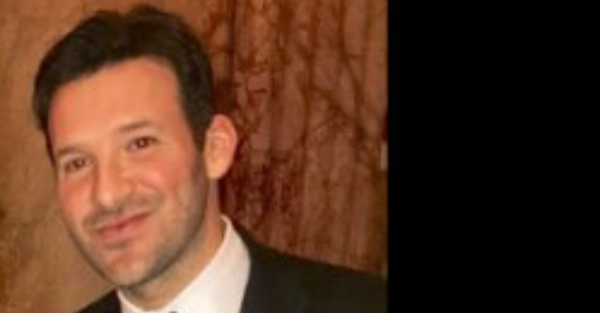 Speculation on Tony Romo’s future will only get louder from here.

Romo snapped a pretty typical picture, apparently celebrating House Majority Kevin McCarthy’s victory. But one aspect of the picture stood out — who Romo was standing next to.

Romo has been the talk of the offseason thus far. After fracturing his back and losing his starting job to rookie Dak Prescott while he recovered, Romo played the role of veteran, celebrating and standing on the sidelines with the clipboard.

That has led to speculation about where Romo heads next, which could be the Peyton Manning route as a veteran who has outstayed his welcome and attempts to retire on top. Rumors have the Broncos as Romo’s top choice.

The ball seems pretty firmly in Elway’s court, and you’d have to imagine the duo may have had a football conversation or two.