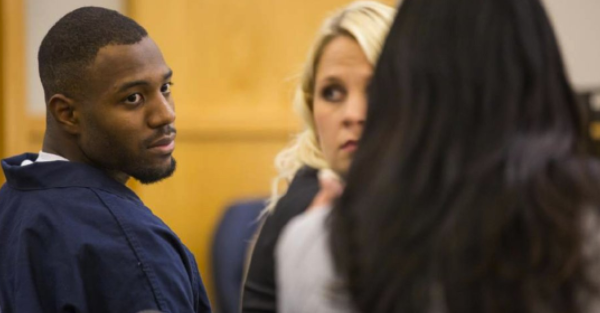 Seven woman have accused Green of rapes they say occurred between 2013 and 2015, according to the Salt Lake City Tribune. Green has been charged with  six counts of rape, two counts of aggravated kidnapping, three counts of forcible sex abuse and two counts of object rape. He’s being held on jail without bond.

Green’s attorney, however, noted that some of the women didn’t remember details of the alleged encounters and some didn’t immediately make a report to police. The attorney, Skye Lazaro, also noted that prosecutors initially didn’t bring charges in the case, but re-opened it only after a story appeared in the Tribune that detailed the women’s allegations.

Green, an undrafted free agent, had signed a contract with the Atlanta Falcons, but was cut after the Falcons learned of the charges.

His next court appearance is scheduled for August 3.