Former starting QB expected to be placed on trading block 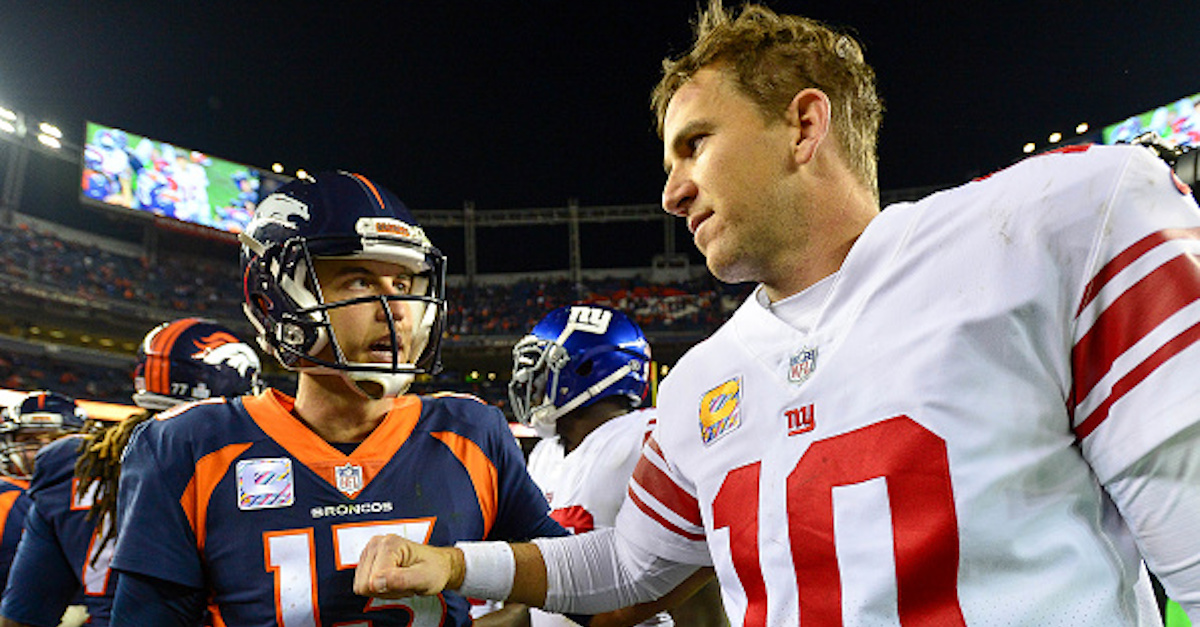 Dustin Bradford/Getty Images
DENVER, CO - OCTOBER 15: Quarterback Eli Manning #10 of the New York Giants meets with quarterback Trevor Siemian #13 of the Denver Broncos on the field after the Giants' 23-10 win over the Denver Broncos at Sports Authority Field at Mile High on October 15, 2017 in Denver, Colorado. (Photo by Dustin Bradford/Getty Images)

The Denver Broncos are expected to place quarterback Trevor Siemian on the trading block, according to NFL Network’s Ian Rapoport.

As Combine conversations loom, one QB who will be discussed is Trevor Siemian. The #Broncos QB is expected to be available via trade, as the team will address the QB position aggressively in FA & the draft. Could be Paxton Lynch, then 2 other new QBs in Denver.

Denver is expected to pursue free agent quarterback Kirk Cousins as its top target this offseason. However, the franchise could also explore other free agent options if a deal falls through, which includes former Minnesota Vikings starters Case Keenum, Teddy Bridgewater and Sam Bradford, as well as former Cincinnati Bengals backup AJ McCarron.

Denver could also use its No. 5 overall pick in the 2017 NFL Draft or trade for Buffalo Bills starter Tyrod Taylor, according to Rapoport.

The Broncos would likely receive a late-round pick for Siemian, but it’s also likely that he’ll be released instead, according to the report.

The New York Jets could be a potential suitor for the former starter as former Broncos offensive coordinator Rick Dennison currently serves as the team’s offensive line coach, as well as the Atlanta Falcons, who currently have Siemian’s former quarterbacks coach, Greg Knapp, serving the same position.