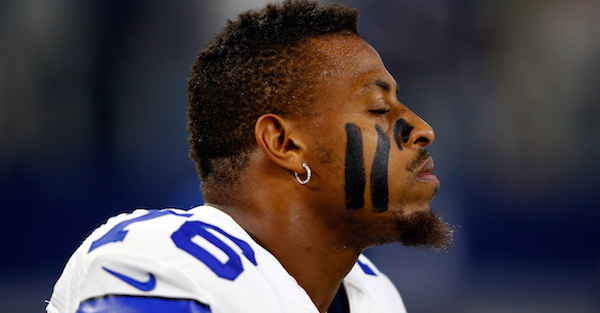 That’s the string of events that led former All-Pro defensive end Greg Hardy out of the NFL to now hoping for a shot in the independent football Spring League, per the AP.

Hardy has filed the proper paperwork to be considered for one of the four teams, according to the AP.

Hardy was convicted in a domestic violence case in 2014, and the charges were later dropped after an appeal. But the trial and Hardy’s later defense of his actions has not made the defensive end many fans in the NFL.

After pictures surfaced in November 2015 that showed multiple bruises on his ex-girlfriend from the night of the alleged incident, Hardy proclaimed his innocence and denied ever hitting a woman.

“Pictures are pictures, and they can be made to look like whatever they want to,” Hardy later told ESPN about the photos.

Hardy was later indicted on a felony count of possession of cocaine, and reportedly faces a worst-case scenario of three years of “deferred adjudication probation,” per USA Today. He also was reportedly training to get into MMA.

If Hardy is brought into the league, he would not be paid a salary, as the report notes it is built to help former NFL draft selections a shot to get back into the league.