Troy Polamalu calls it quits from the NFL 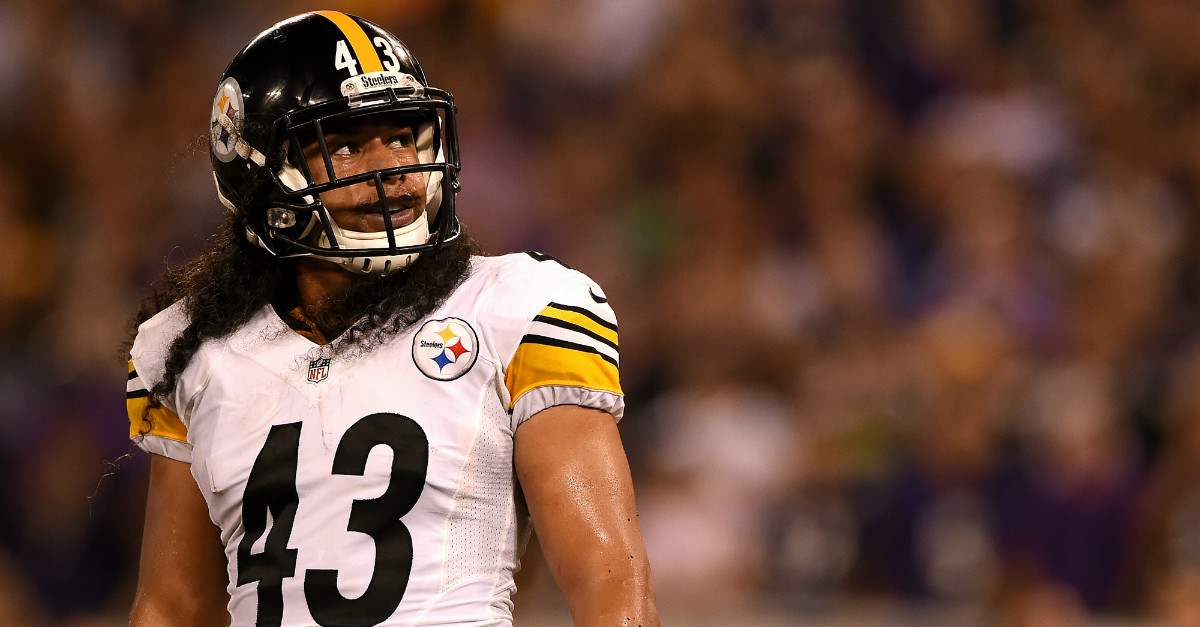 The Steelers were in a very awkward situation this offseason. How do you tell a legend that his services are no longer wanted? Pittsburgh played the waiting game when it came to the status of safety Troy Polamalu, and it paid off. The future hall of famer decided to retire on Thursday night after playing 12 seasons in Pittsburgh.

“I did not seriously consider playing elsewhere,” Polamalu said in an interview with Scout. “It was just whether or not I wanted to play. I had talked to a lot of people about what I should do with my situation, and what they kept saying back to me, and which was not a sufficient reason, was ‘Troy, you played 12 years in the NFL, you won Super Bowls, won individual awards. There’s nothing left to prove. You have a legacy.’ And I just kept saying, ‘First of all, I don’t care about a legacy. Second of all, I play the game because I enjoy it.’ That’s the reason to keep playing.”

The Steelers were reportedly going to cut him if he didn’t retire. He was going to be more than a $8 million cap hit if he was on the team this season. In 12 starts in 2014, the safety finished without a sack or interception. His production level wasn’t what it once was.

But his credentials should make him a first-ballot hall of famer. He was an eight-time Pro Bowler, a four-time All-Pro selection, a member of the 2000s All-Decade team and a two-time Super Bowl champion.