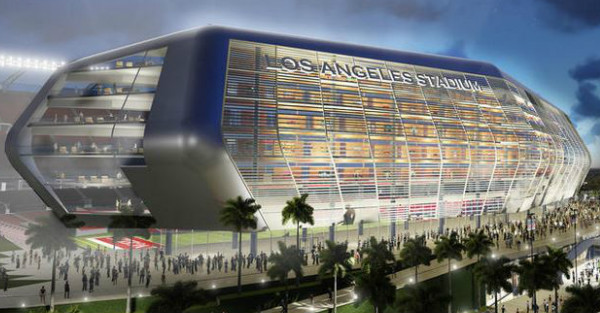 Along with the St. Louis Rams, we can now add two more teams into the discussion of possible relocation to Los Angeles.

The San Diego Chargers and Oakland Raiders have joined together on a plan to build a $1.7 billion stadium in Carson, Calif., according to Sam Farmer of the Los Angeles Times. The only other teams in the NFL to share a stadium are the New York Jets and the New York Giants.

Both San Diego and Oakland will continue to try and get financial support in their respective cities for either a new stadium or significant upgrades, but both have been unsuccessful in doing so. The two teams have come together on this plan basically as a last resort if their cities do not want to cooperate and work with the teams.

“We are pursuing this stadium option in Carson for one straightforward reason: If we cannot find a permanent solution in our home markets, we have no alternative but to preserve other options to guarantee the future economic viability of our franchises,” the Chargers and Raiders said in a statement to the Los Angeles Times.

Los Angeles has not had a professional football team in more than two decades.