Two players get ejected for fighting during a preseason game, but where was the fight? 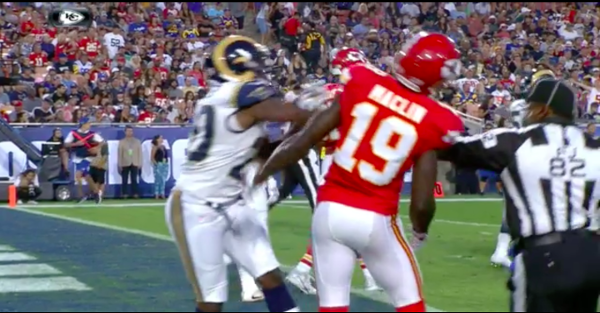 Chiefs receiver Jeremy Maclin and Rams defensive back Lamarcus Joyner got into a bit of a scuffle. And by “scuffle” we mean a glorified shoving match that lasted all of five seconds.

Unfortunately, five seconds was all the refs needed to see, as both were ejected from their preseason game Saturday.

We’ve seen far worse happen during a game, but maybe the NFL is cracking down on fighting—sending a preseason message hoping to deter those would-be fighters.