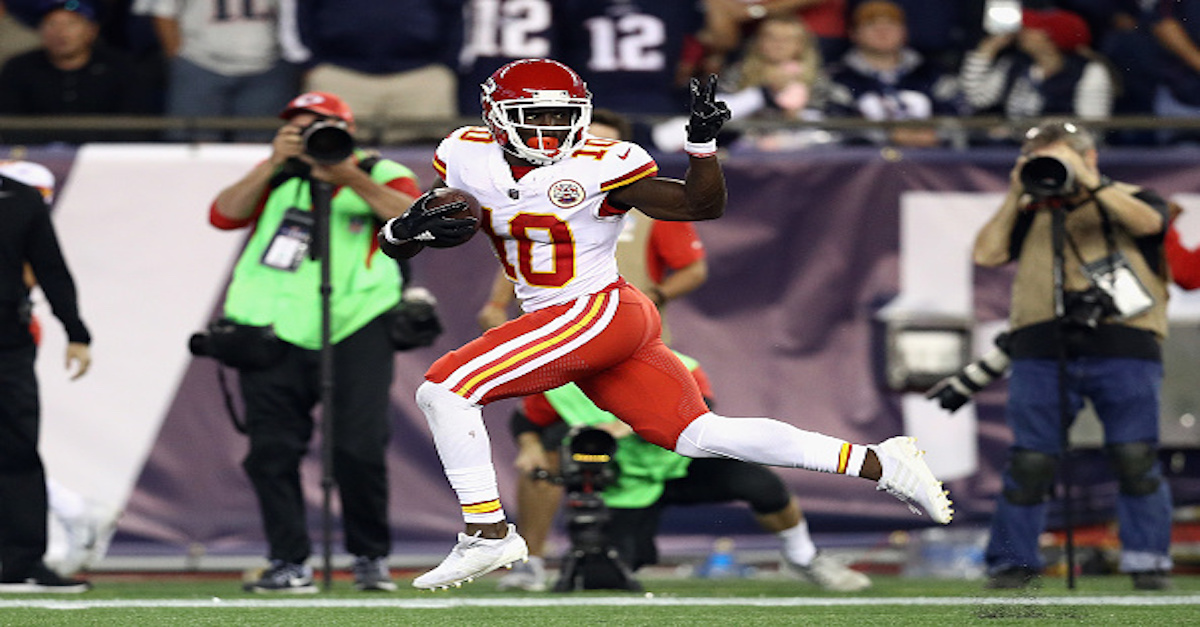 The NFL has earned its title as the “No Fun League” over the years, but it’s most recent potential fine really takes the cake as the lamest reason to get upset over a player having too much fun on the football field.

It is a game, after all, but don’t tell NFL Commissioner Roger Goodell and his band of sleuths and squares that. According to Mike Florio of Pro Football talk, the latest thing that has the NFL in an uproar and ready to start fining people is the “actions” of Kansas City Chiefs’ wide receiver Tyreek Hill, who flashed a “peace” sign on his 75-yard touchdown catch against the New England Patriots on Thursday Night Football. Here was the play:

Hill wasn’t flagged on the play, but he should have been, per Florio.

As one source with extensive knowledge of the league?s rules told PFT, Hill directed the gesture at an opponent, so it should have been a foul for taunting.

Even though it was missed (and an official on the sideline was looking right at Hill as he did it), the league office may fine Hill next week for the gesture.

Eventually, players are going to be fined for catching the ball and running into the end zone looking all mean and aggressive and such. What’s next? Is the NFL going to start punishing players for tackling too hard (that’s coming) or tackling at all?

NFL football, as a game, is fun to watch, but it can’t be all that fun to play anymore.