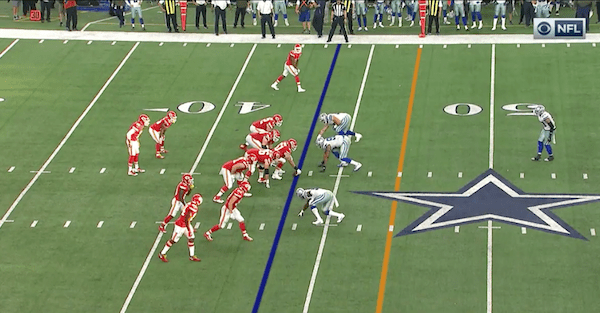 You see it all the time, as the half ends and teams just throw the ball up in an attempt to score.

For the Kansas City Chiefs, a toss to Tyreek Hill was perfectly executed and resulted in a 57-yard touchdown.

Dallas only rushed three defenders, had a linebacker as a spy and pushed the rest of the defense back into prevent. Somehow, Kansas City set it up with blockers in front of Hill, and the elusive wideout was able to dip around the Dallas defenders and into the end zone.