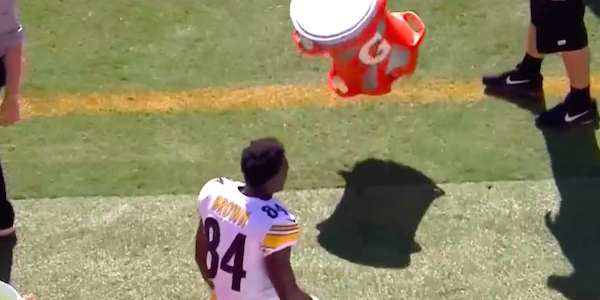 Pittsburgh Steelers wide receiver Antonio Brown is having a bad time during Sunday’s game against the Baltimore Ravens.

Brown was left wide open during a passing play in which quarterback Ben Roethlisberger instead overthrew running back LeVeon Bell on a short route. Following the play, the Pro Bowl receiver took out his frustration on a Gatorade cooler.

That… doesn’t seem like an appropriate response at all.

Brown has been limited to three receptions for 26 yards through two quarters. Pittsburgh leads Baltimore 19-0 at halftime.