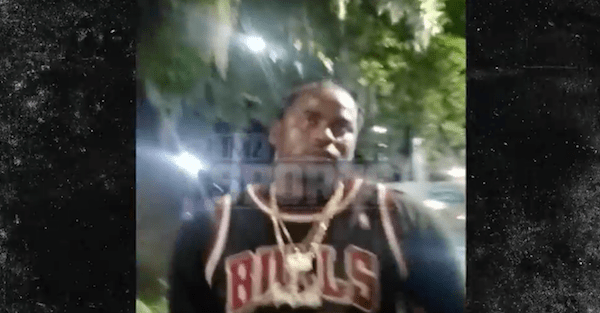 Washington Redskins linebacker Junior Galette has had multiple run-ins with law enforcement, and his most recent incident occurred in Biloxi, Mississippi in April of 2017.

Galette was arrested for disorderly conduct and failure to comply with police officers, and police officers used a taser to subdue him after Galette ran away.

TMZ Sports has obtained video of the wild incident, and Galette said he ran from the cops because he thought they were pointing a gun at him.

Related: The recently troubled Junior Galette may be close to finding new home, just days after his release

Galette can be heard telling the policeman that the man was hitting him, and that’s what led to the fight.

Galette is in his first season with the Redskins after being out of the league since 2014. He was suspended two games for a domestic violence incident. He played the first five seasons of his career with the New Orleans Saints. He wasn’t punished for this incident by the NFL.

Galette has one sack this season with the Redskins.