Video shows one of the dirtiest plays of year, and should guarantee at least a fine 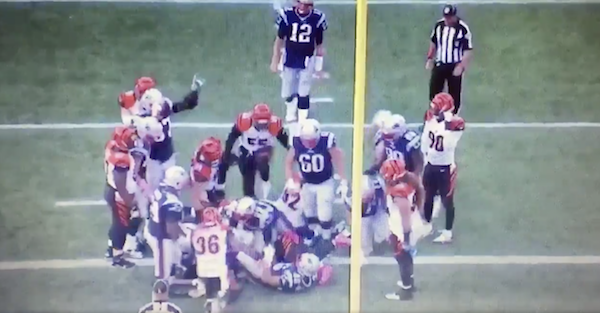 Bengals linebacker Vontaze Burfict already has the reputation of being one of the dirtiest players in the NFL, and it’s well-deserved. During Sunday’s game against the Patriots, Burfict had multiple incidents where he possibly took a cheap shot on a Patriots offensive player.

Related: Patriots fan was reportedly having a heart attack, and here’s why she refused to leave the game

The NFL is already reviewing a hit he made on tight end Martellus Bennett, and they will soon be reviewing another of him possibly stomping on running back LeGarrette Blount.

Given his past history with cheap shots, Burfict will at least be looking at a fine and possibly a suspension. The Bengals host the Browns on Sunday.