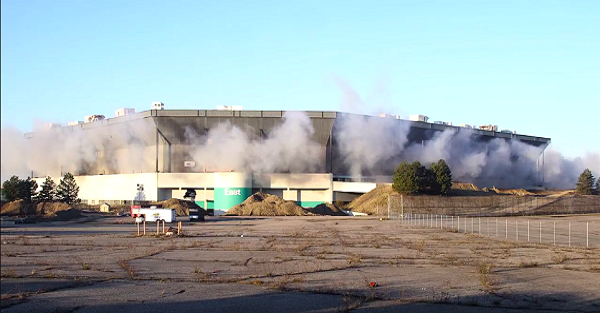 The Silverdome in Detroit has not been used since the Lions left in 2002. It’s been in terrible disrepair and somehow has not been imploded until now. However, the dome isn’t going to go down without a fight it seems as you can see in the video below. Despite being imploded, the dome still stands:

VIDEO: The Pontiac #Silverdome has withstood years of implosions.

Today was no different. pic.twitter.com/w0k5G3kZkx

You can clearly see the explosions go off around the perimeter of the stadium and those were supposed to break the steel beams supporting the stadium, but clearly that did not work. Construction officials told a CNN affiliate the explosives did succeed in breaking the stadium’s steel beams. One official said that the dome falling down is now in the hands of gravity.

“It’s going to collapse — we just don’t know when,” one official said. “We just have to wait and let gravity do its job.”