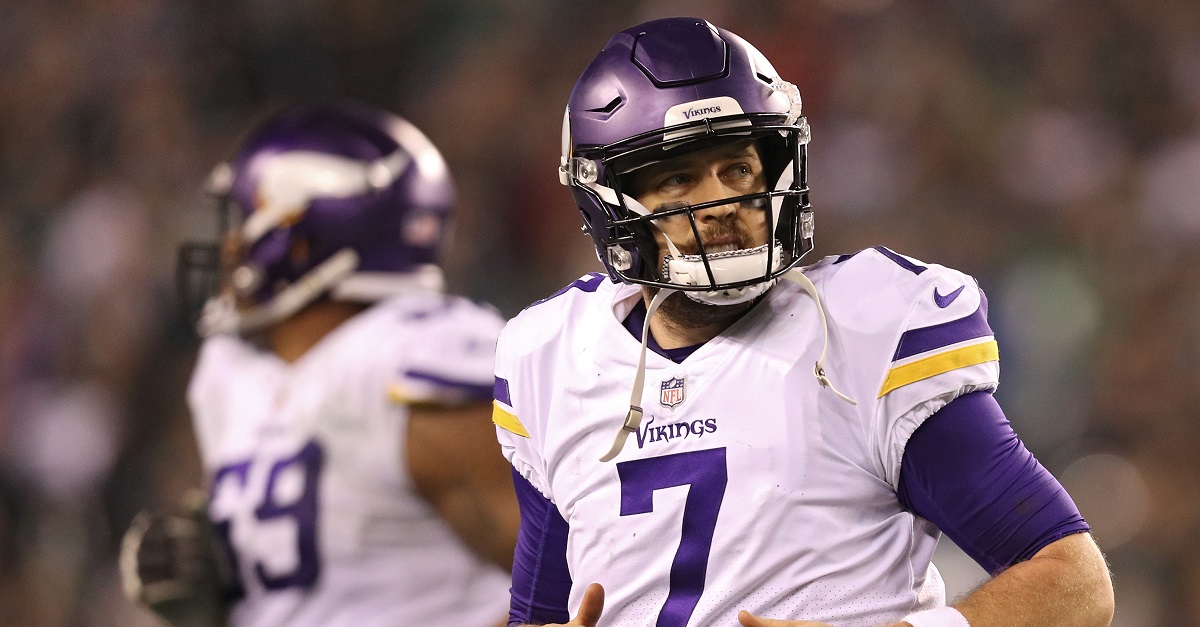 The Minnesota Vikings had a fantastic season as they made it to the NFC Championship Game and lost to the eventual Super Bowl champions in the Philadelphia Eagles. They got there thanks to superb quarterback play from Case Keenum who ended up filling in for Sam Bradford after he was injured early in the year.

Now, it appears that the Vikings will not try to keep him despite his excellent season. NFL Network’s Ian Rapoport is reporting that they will not franchise tag and will let him walk into free agency.

The #Vikings are not expected to franchise tag QB Case Keenum and he’s slated to hit free agency, per sources with knowledge of the team’s thinking. Barring a change of heart, Minnesota joins the fray for a starting QB… and will make these next few weeks fascinating.

Keenum had a career year throwing for 3,547 yards with 22 touchdowns against seven interceptions. He also completed almost 68 percent of his passes and went 11-3 in the 14 starts he had. That leaves the Vikings with Teddy Bridgewater who is recovering a horrible leg injury and Sam Bradford who had arthroscopic surgery in November.