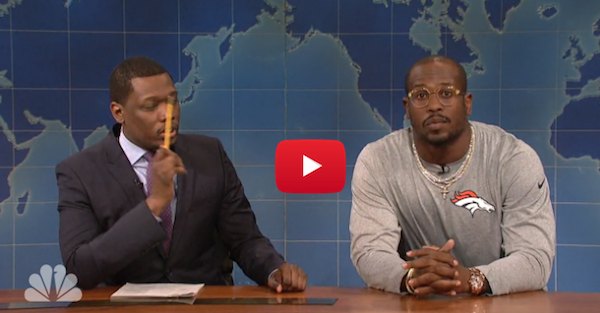 Denver Broncos linebacker and Super Bowl 50 MVP Von Miller stopped by “Saturday Night Live” to hang out with Michael Che on Weekend Update. What started out as a conversation about the new discovery of Einstein’s gravitational waves turned into a troll session of Cam Newton.

He talked about how waves crash into each other just like he crashed into Newton to force a fumble. He also made a pretty funny science with his “ME equals MVP” and he got a few good laughs out of the audience with some other one-liners too. Keep on trolling, Von.