The dirtiest player in the NFL gets ejected, gives fans something extra on his way out 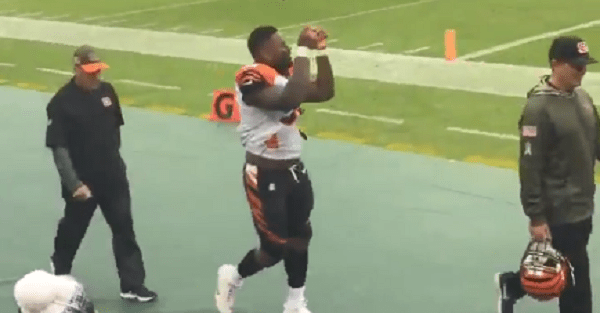 Vontaze Burfict is absolutely the dirtiest player in the NFL and he was ejected from yet another game against the Tennessee Titans. He got one personal foul early in the game for a questionable late hit out of bounds and then was ejected for making contact with an official in the second quarter.

If that wasn’t bad enough, he decided he was going to taunt the Titans fans as he walked off the field escorted by Titans personnel.

That’s just a bad look. It’s bad enough that he made contact with an official, but to egg on the other team’s fans while you’ve already hurt your team? Come on, man. You can probably expect a hefty fine for him just based on his prior history.