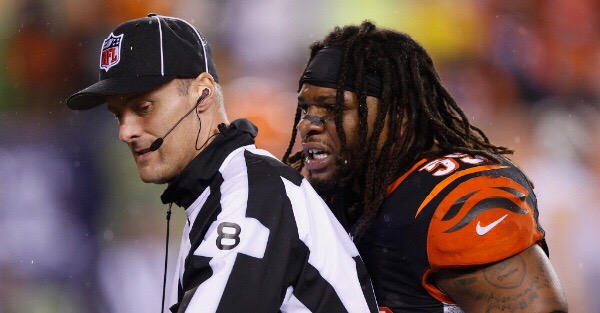 For his hit on Antonio Brown on Saturday night against the Pittsburgh Steelers, Cincinnati Bengals linebacker Vontaze Burfict earned himself a three-game suspension heading into next season, according to NFL Communications.

Burfict previously earned a $50,000 fine for “unnecessarily contacting an opponent who was out of the play,” which was this vicious hit on Baltimore Ravens tight end Maxx Williams.