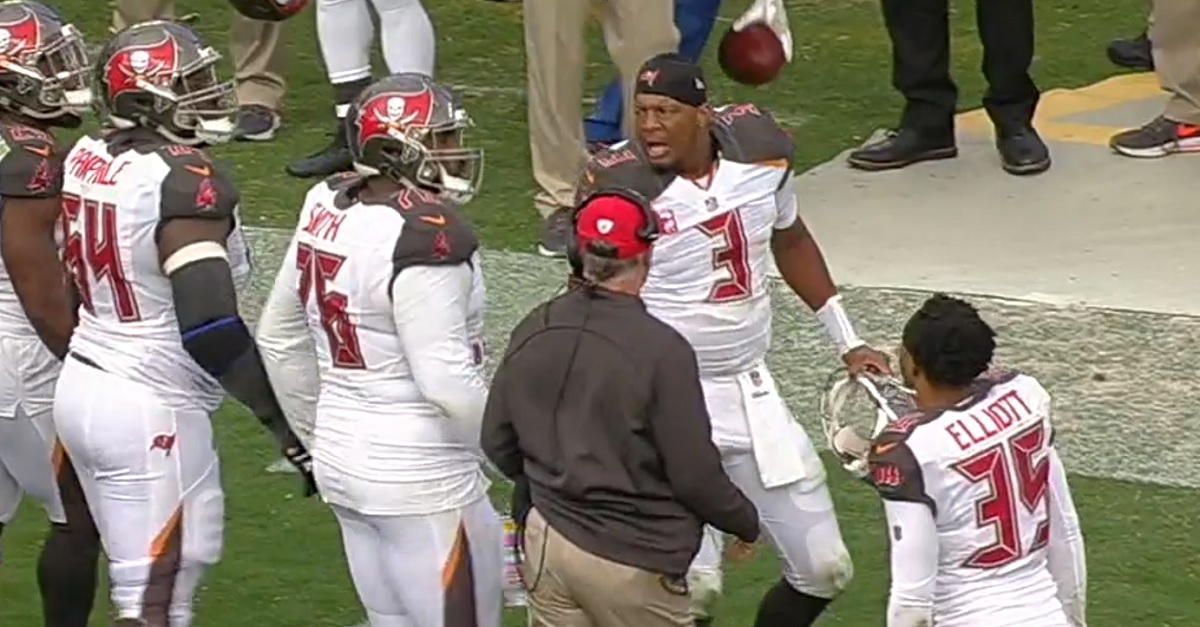 The easy way to put this is that Jameis Winston was NOT happy about how his Tampa Bay Buccaneers lost to the Carolina Panthers on Sunday.

In the fourth quarter, Winston fumbled the ball, and the refs eventually ruled that it was recovered by Carolina’s Julius Peppers. Winston felt that he had the ball before Peppers got it under the pile, and he absolutely went berserk after the call.

Winston even ran through his own team to try and get back on the field after he was called for an unsportsmanlike conduct penalty.

#Buccaneers QB Jameis Winston is going crazy, losing his mind on the sidelinespic.twitter.com/uplC3FmKz4

Winston and the Bucs have had a rough season this year, as they fall to 4-11 with the 22-19 loss to Carolina. Considering that the Bucs led for much of the fourth quarter in this game, it’s clear that Winston got emotional as another game slipped away from his team.

Winston had 367 yards passing on the day.