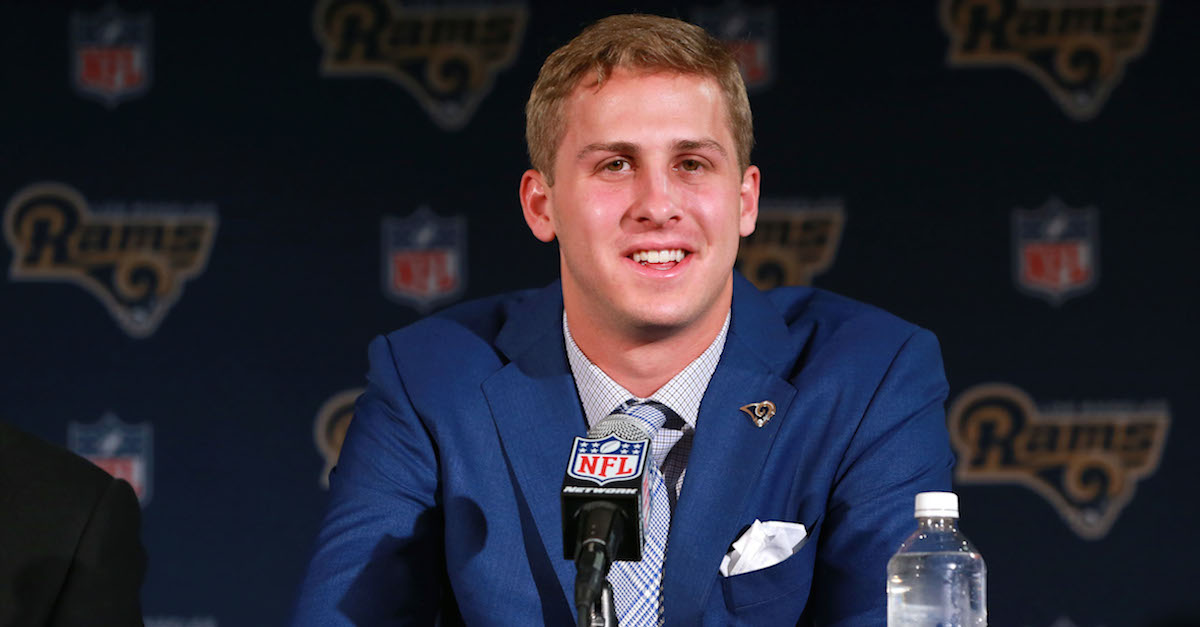 RELATED: Frustrated Rams fans are calling for the most unlikely of saviours

Case Keenum has been the Rams’ starter this season, and he will remain the starter until the Rams are out of playoff contention, according to Ian Rapoport.

Two things that make no sense to me at all…The none call last night on Sherman and Jared Goff not playing.Both are bad on so many levels.

The Rams are currently 3-5, but both NFC Wild Card slots are still completely up for grabs. If the Rams beat the New York Jets on Sunday, they still be in the playoff picture. However, if Los Angeles loses to the Jets and Miami Dolphins over the next two weeks, we could see Goff take the field sooner rather than later.