What this rookie reportedly did has Chargers teammates furious 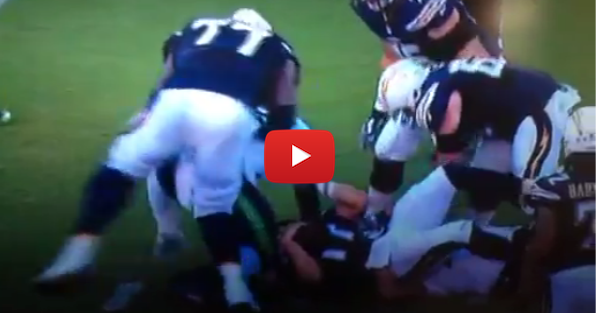 Chargers offensive linemen reacted like a mama bear protecting her cub after, according to Chargers, Seahawks rookie Frank Clark attempted to punch their quarterback Philip Rivers.

Rivers was sacked by defensive tackle Jordan Hill in the second quarter after which a scuffle broke out and Chargers tackle King Dunlap was given a 15-yard penalty for jerking Clark out of the pile.

“That guy was on top of Philip, and that’s our quarterback,” Dunlap said, via U-T San Diego. “I protect the quarterback at all costs.”

After the game Clark told the Seattle Times that he is an emotional player but needs to keep it in check per the advice of Seahawks teammate Richard Sherman.

The Seahawks drafted the defensive end this season despite a domestic violence arrest that resulted in his dismissal from the University of Michigan last year.