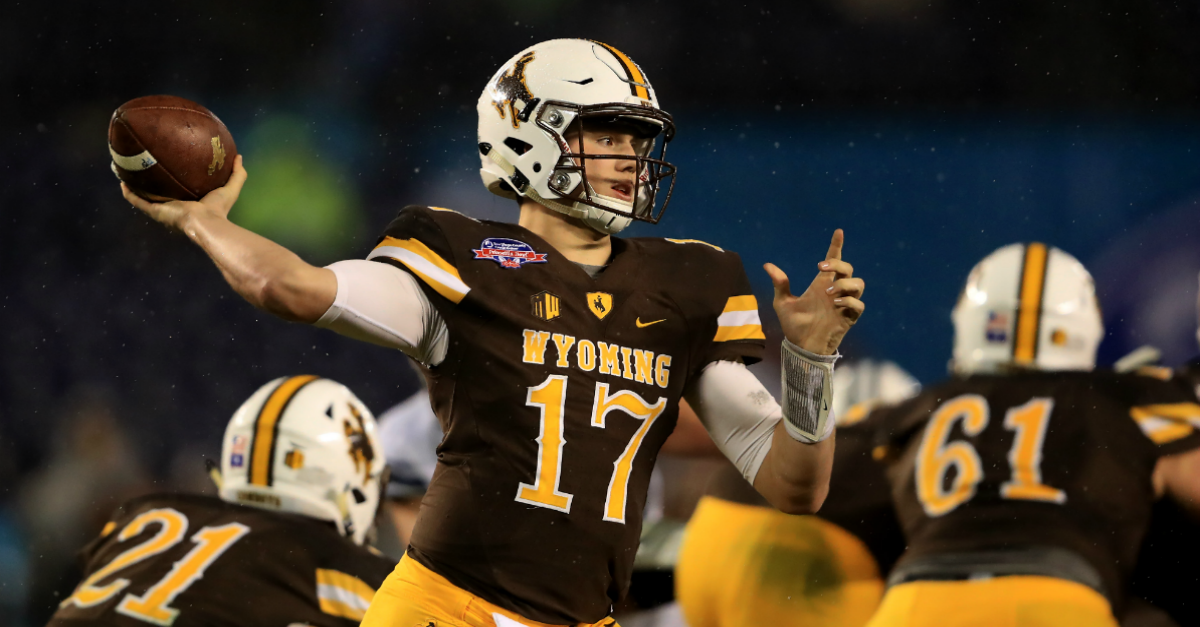 Sean M. Haffey/Getty Images
SAN DIEGO, CA - DECEMBER 21: Josh Allen #17 of the Wyoming Cowboys passes the ball during the first half of the Poinsettia Bowl at Qualcomm Stadium on December 21, 2016 in San Diego, California

The NFL Draft is quickly approaching. With that being the case, the class’ top quarterback prospects are not only going to be evaluated with a skeptic’s eye, but deal with some rather hyperbolic comparisons. For Wyoming Cowboys signal-caller Josh Allen, he is apparently the next coming of Philadelphia Eagles QB Carson Wentz.

A veteran scout told MMQB’s Peter King the following about Allen’s similarity to Wentz, as well as to how new Cleveland Browns GM John Dorsey will be unable to pass on the prospect.

?I believe there is no way Cleveland, at number one, will pass on [Wyoming quarterback] Josh Allen. This is Wentz reincarnated. Allen?s a perfect Dorsey quarterback. Just watch.?

That is a lot to unpack.

Wentz played a lower-level brand of college football at FCS North Dakota State, as has Allen at lower-tier FBS Wyoming. To be fair, it is differing degrees outside of big time football, as Wyoming is at least a Division I program. Save for that, and some lazy tropes about arm strength, other supposed similarities between the two quarterbacks were not relayed.

As for John Dorsey being unable to pass on a talent like this, it will likely depend on a ton of variables.

For starters, the Browns GM will likely need to evaluate DeShone Kizer to see if there’s a reason to not invest at the position during this year’s draft. Furthermore, Dorsey will need to decide how close — or far away, for that matter — Cleveland is to being a contender. If there’s far too many holes that need to be filled, he might decide drafting elsewhere is a solid option.

Nevertheless, Cleveland has a bevy of picks for the draft. How Dorsey prioritizes them will likely play a heavy  hand in the growth of the roster moving forward.