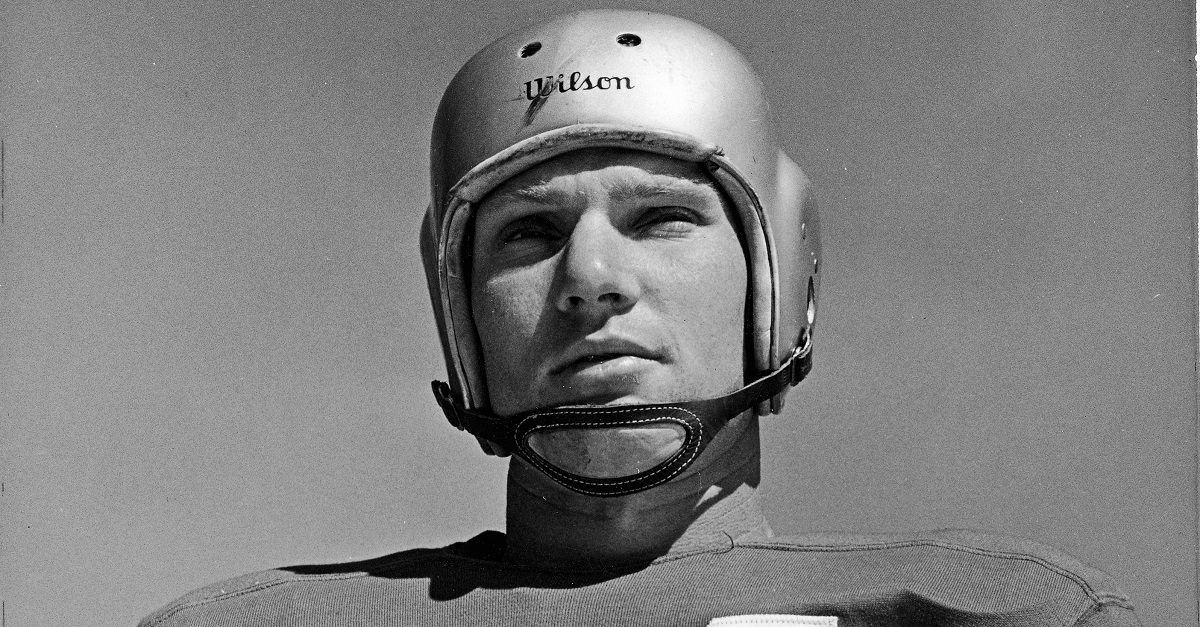 Pro Football Hall of Famer Y.A. Tittle passed away on Monday at the age of 90, LSU deputy of athletics Verge Ausberry confirmed to The Advocate.

“The Bald Eagle” was a seven-time Pro Bowler, a four-time First-team All-Pro and the AP NFL MVP in 1963. Tittle also led the NFL in passing touchdowns three times and threw a league single-game record seven touchdowns as a member of the Giants in 1963, which is tied with seven other quarterbacks including Peyton Manning (2013) and Drew Brees (2015).

The Texas native threw for 28,339 yards, 212 touchdowns and 221 interceptions during his NFL career, while also recording 999 yards and 33 touchdowns on 291 rushing attempts.