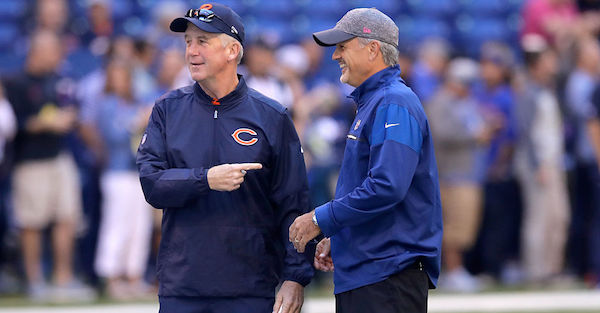 Soon after the NFL Draft, the Buffalo Bills made a surprising decision when they fired general manager Doug Whaley and other members of the management and scouting department.

Related: After stupidly firing their GM, one NFL team took another drastic step

Now, the Indianapolis Colts are following suit?though they aren’t making as many drastic changes as the Bills.

Bills not alone. Colts releasing director of college scouting T.J. McCreight and others from scouting department, per league sources.

The Colts hired new general manager Chris Ballard after the 2016 season to replace Ryan Grigson, and now he will look to replace the scouting department.

Director of scouting T.J. McCreight was hired by former GM Ryan Grigson in 2008.

The Colts selected safety Malik Hooker with the No. 15 overall pick of the draft, and they added plenty of help on the defensive side of the ball throughout the draft.

The Colts have finished 8-8 in the last two seasons, and they have failed to reach the playoffs in each of those years despite having such a talented quarterback in Andrew Luck.