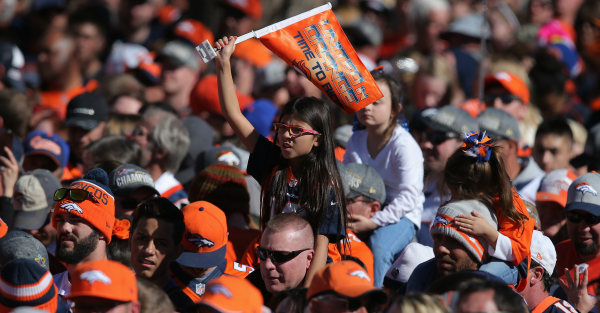 The Super Bowl parade for the Denver Broncos was pretty insane as there was a reported one million people present for it. You might be surprised to learn how many of those fans were children. Here’s an interesting stat from the Denver Post:

More than a quarter of enrolled students missed school in Denver and Jeffco on Tuesday when the city celebrated the Denver Broncos’ Super Bowl parade.

Denver Public Schools released numbers Wednesday showing 24,152 students had an excused or unexcused absence from one class period or more on Tuesday. That is about 26 percent of the 90,234 students enrolled in Denver schools.

Holy smokes! I wonder what the percentages would have looked like with the private schools in there too. Of course they don’t have to give out those numbers, but now I wish they would.