Hard hit leads to line scrum between Jets and Kings 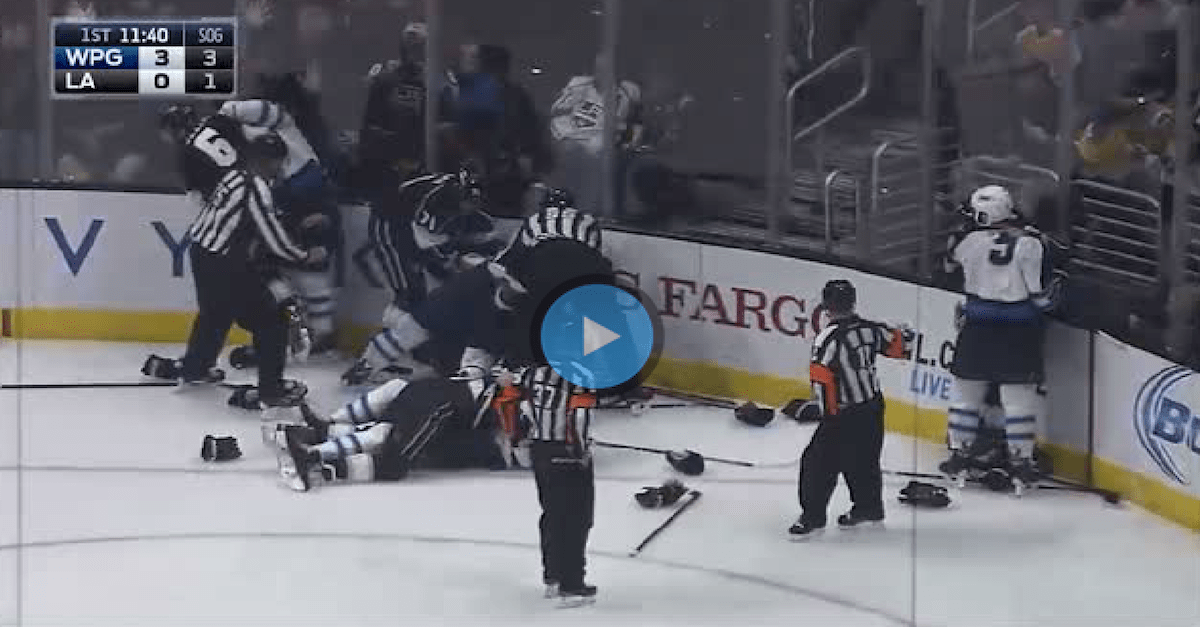 The first period in Saturday nights game between The Winnipeg Jets and the L.A. Kings was a very excitiing affair.  High scoring and violent, the first period had plenty of action between the two teams.  The Jets rushed out to a 3-0 lead and looked to be in control.  Then almost midway through the period, with both teams fourth lines on the ice, Kings’ Kyle Clifford hit Jets’ forward Anthony Peluso high and hard.

On replay the hit was not to the head, but to the chest and looked to be clean.  However when it first happened the hit looked violent and possibly elbow or shoulder to head.  Clifford could still find himself disciplined for the hit due to the fact that he exploded upward into Peluso.  The NHL hasn’t exactly been consistent on discipline this year so punishment could be possible.

No matter what the NHL says about the hit, the Jets were none to pleased and an immediate scrum broke out on the ice with everyone but the goalies pairing up.  Things didn’t go for very long however and after everything was settled down and play carried on the Kings would convert two later power plays to close to a 3-2 deficit at the end of the period.  It has been very entertaining in L.A., he Jets currently lead 3-2 in the 2nd.