NHL player needed 36 stitches, but what he did next was even more impressive 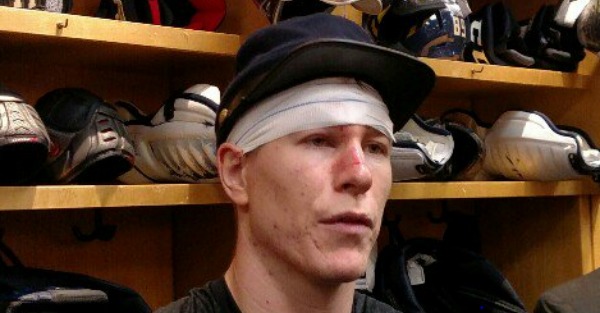 An injury that needed over 30 stitches would probably keep the lot of us on bed rest for a month or so.

But it didn’t seem to faze tough-as-nails Columbus Blue Jackets forward Matt Calvert in the slightest. In a game against the Rangers Friday night, Calvert was the recipient of a stick to the face that left the ice a bloody mess and required some 36 stitches.

After getting closed up and going through a series of concussion tests, Calvert was back on the ice like nothing happened and further showcased his resiliency by scoring the game-winning goal.

RELATED: It’s early but we already have the NHL’s brawl of the year

In the locker room after the game, Calvert looked like he’d just been peeled off the battlefield and dropped at the infirmary.