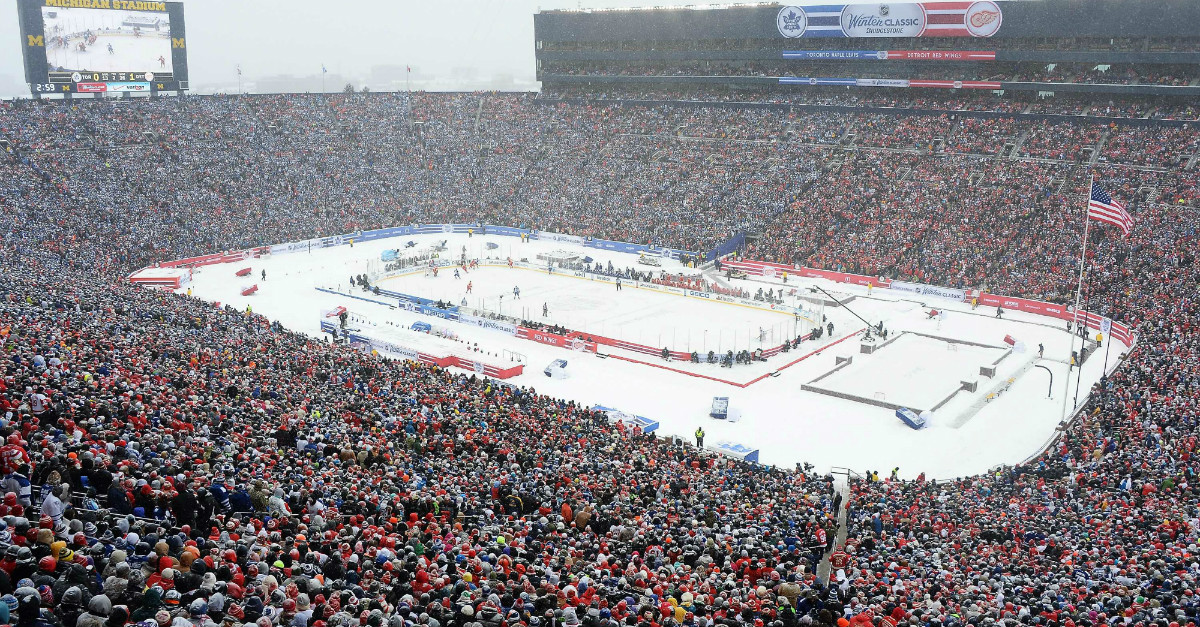 I love the Winter Classic. To me, there are two must-see events — the Classic and the Super Bowl. There’s nothing like hockey in its natural environment, sometimes with snow falling.

But I’m distressed by the news that the NHL could hold as many as six(!) outdoor games under the guise of the stadium series games next season.

Bettman expects between 2 and 6 outdoor games next season. Guesses 3 or 4.

So, I get that it’s cool for fans in various markets to see a game outdoors. But I fear these other games will end up in weird places that don’t make a lot of sense and won’t extend the fan base — and that should be the first thing the NHL thinks about.

For example, the Feb. 21, 2015 stadium contest is between the Los Angles Kings and San Jose Sharks and in Santa Anna, CA. — where last year’s high was 72. Geez, that’s more, sit in your backyard and have a cigar and bourbon weather, not go experience a hockey atmosphere weather. But hey, I’m sure Mr. Bettman has visions of additional ticket money. Whatever.

Am I overreacting? Maybe as many as six outdoor games is OK, but that just feels like too much, and I fear that will dilute interest.