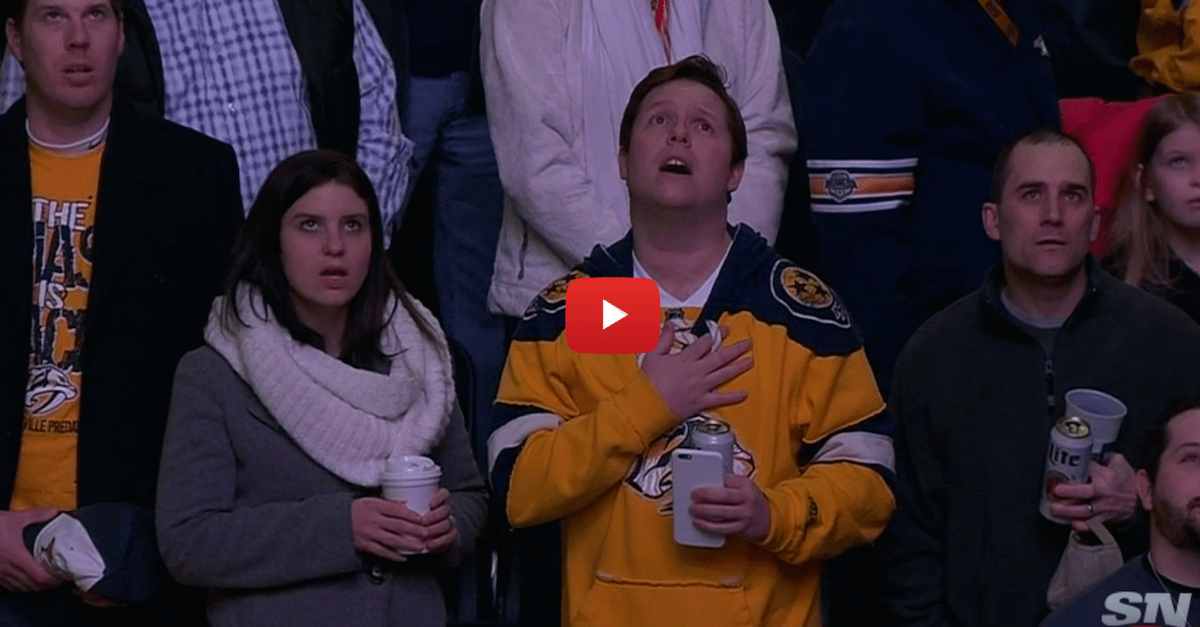 When the Nashville Predators visited the Toronto Maple Leafs in the first contest of the season between the two teams, Leafs fans came to the rescue during the singing of the American national anthem.  The singers microphone cut out in the middle of the U.S. anthem and that was when Leafs fans stepped up with some real class and sang the rest of the anthem.

Tuesday night it was the Predators fans turn to respond with class. Nashville hosted Toronto Tuesday and while there was no microphone malfunction during the singing of O Canada, the team gave appreciation to Leaf fans by asking the Bridgestone Arena crowd to sing O Canada.

There’s no classier fan than a hockey fan.