Ryan Garbutt is a dirty player, and I’m sick of it 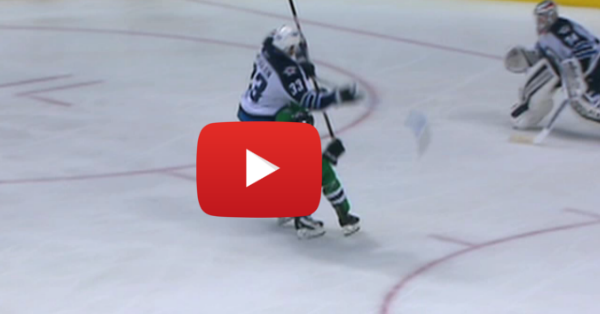 Here’s the latest installment of, Ryan Garbutt gets suspended.

This time, the Dallas Stars’ forward gets three-games for the dangerous — and bush league — practice of slew-footing when he took down Winnipeg’s Dustin Byfuglien. Here’s what the NHL said:

“In this case, Garbutt kicks and drives with such force that he lifts the much-larger Byfuglien completely off his feet, causing him to slam dangerously to the ice on his back.”

Garbutt is a repeat offender. Last month, he got two-games for kneeing Edmonton’s Taylor Hall, and last season he was fined for spearing and suspended for charging.

No doubt about it  — the guy’s playing like a jerk and could really put someone’s career at risk with his reckless play. Just watch the video, and how he pulls Byfuglien back with his stick. The NHL was way too lenient. The only message it sent to Garbutt is — play dirty and you’ll get a slap on the wrist.