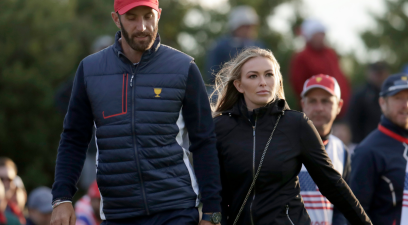 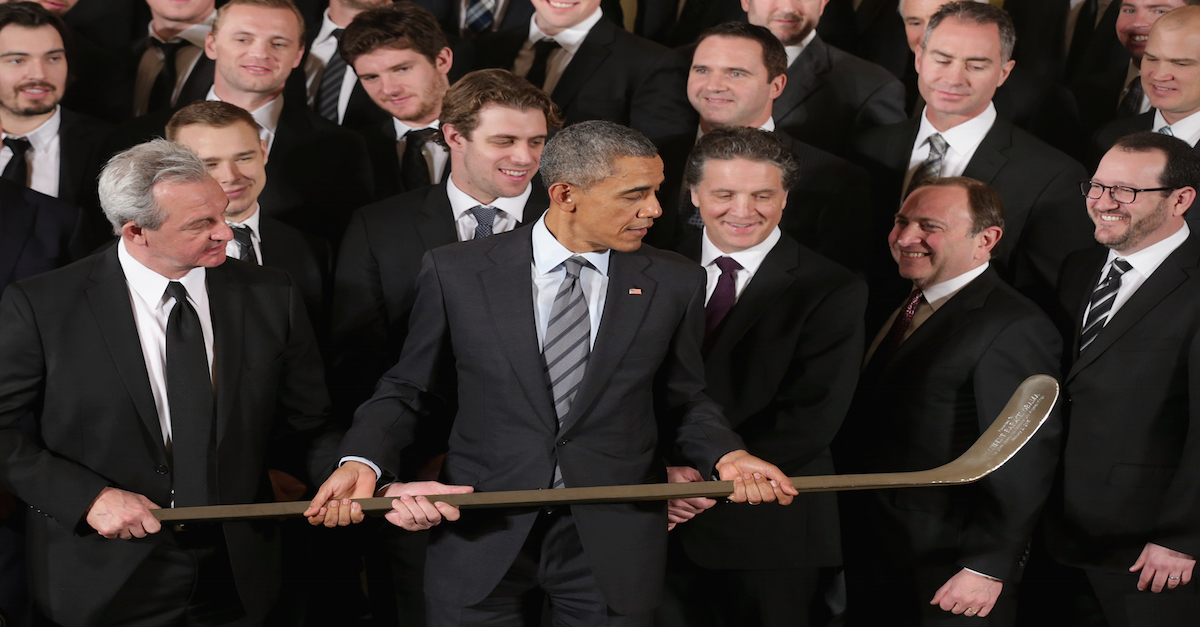 Monday President Obama honored the L.A. Kings at the White House for their  Stanley Cup championship. Obama lauded the Kings transformation of L.A. into a hockey town.

President Obama said the "Kings have done the unthinkable" by turning a city with no snow or ice or cold into a hockey town.

Gary Bettman was also there and he was there in style, of sorts.  Here is a picture from Marian Gaborik’s instagram.

That’s Gary Bettman, wearing sneakers with his suit, at the White House to meet with the President.  You might say big deal, but this is proof that Bettman marches to his own, sometimes frustrating, very different beat. The Kings took notice and let the Commish hear about it, cue Kings defenseman Drew Doughty with the burn.

It seems like the way things are going for the NHL Bettman can do whatever he wants. Maybe next year Bettman will be wearing Uggs.