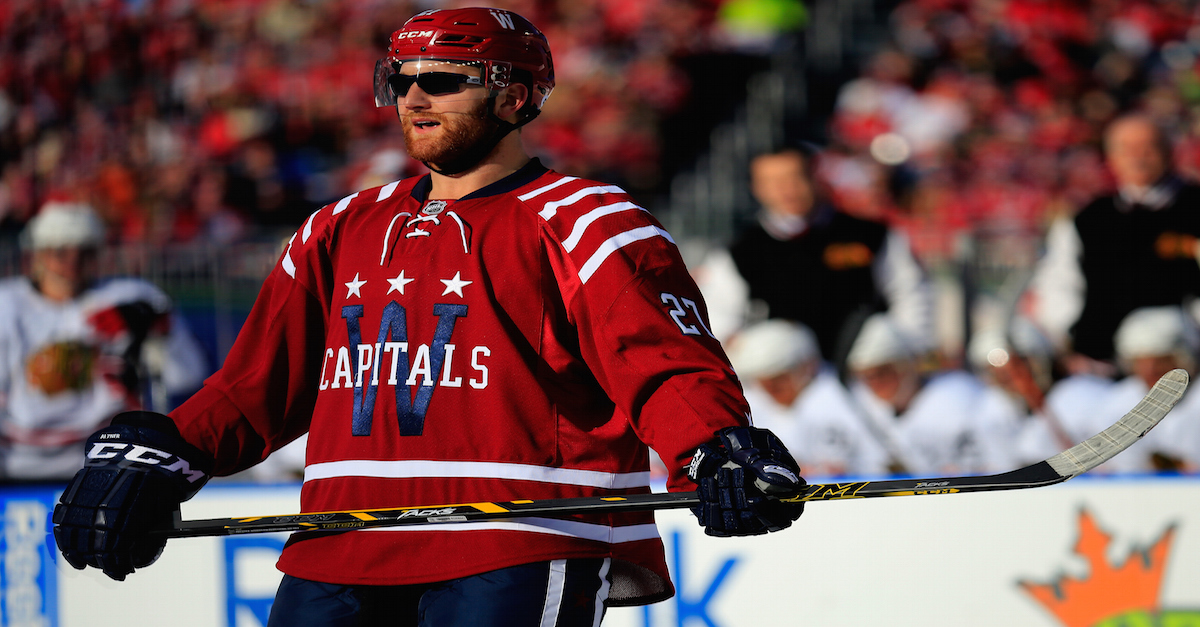 The Winter Classic always brings cool images and often provides unusual Hockey sites — and this year is no exception. This Winter Classic pitting the Chicago Blackhawks and the Washington Capitals has definitely delivered the cool sights and sounds.

Let’s start with glare.  Due to the intense glare in Washington D.C. at Nationals Park both teams switched ends at the 10-minute mark of the first period to share the sunshine.

Capitals defenseman Mike Green added on the glare at practice,

?That was probably the hardest part about it, the reflection off the ice. But after five or 10 minutes, your eyes adjust and you can kind of cope with it.?

Also due to the sunshine, Capitals’ defenseman Karl Alzner was sporting nice new Oakleys at practice that were provided by the Capitals training staff. Asked if he would where them in the game Alzner said,

?As long as it?s in the rules, I?m going to try it tomorrow if it?s sunny.?

Well the NHL clarified before the puck dropped that there was nothing in the rules against wearing sunglasses, which has lead to a bevy of cool game images of players playing hockey in sunglasses and eye black.

You also owe it to yourself to check out this compilation of the pregame festivities put together by sbnation.com.  By far the coolest pregame ceremonies for this event in years.

All in all this Winter Classic has not disappointed.  Even the game has been good, As the Blackhawks and Capitals are currently locked at 2-2 after two periods.