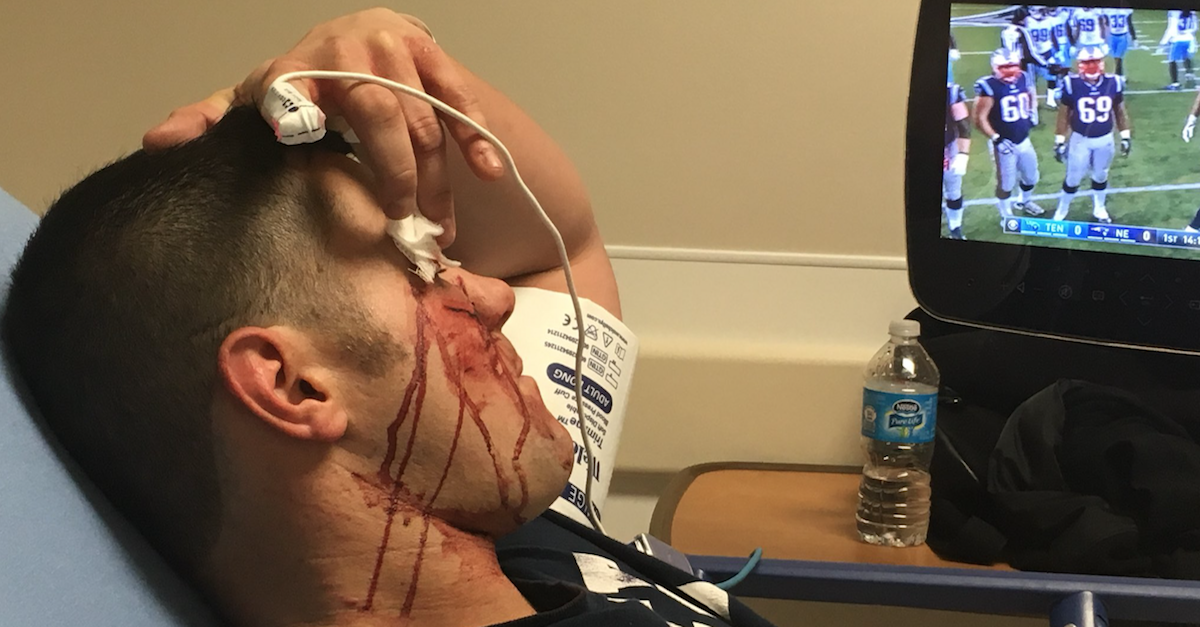 According to PWInsider, former TNA and ROH World Heavyweight champion Eddie Edwards was taken to the hospital after a spot went wrong, resulting in a “ton of blood”. He released an update on Sunday, noting the variety of injuries he suffered:

@TheEddieEdwards the moment right before Eddie Edwards got hit with the bat after if bounced off the chair pic.twitter.com/Au7FVg1JT2

Thanks to everyone checkin in. Im good, couple broken bones couple cuts and a sweet black eye. Somedays youre the bat, somedays youre my eye

According to the report, during Impact Wrestling’s taping, Edwards defeated Sami Callihan, who attacked him after the match. Callihan reportedly placed a chair on Edwards and hit it with a baseball bat. The bat bounced off the chair and hit Edwards across the top of the head, per the report.

Edwards returned to the locker room and was apparently taken to the ER.

Despite the injury, he seemed in good spirits:

Not like I was gonna let a little baseball bat to the face stop me from watching my @Patriots last night #Patriots #AiP pic.twitter.com/iFE422UWRL