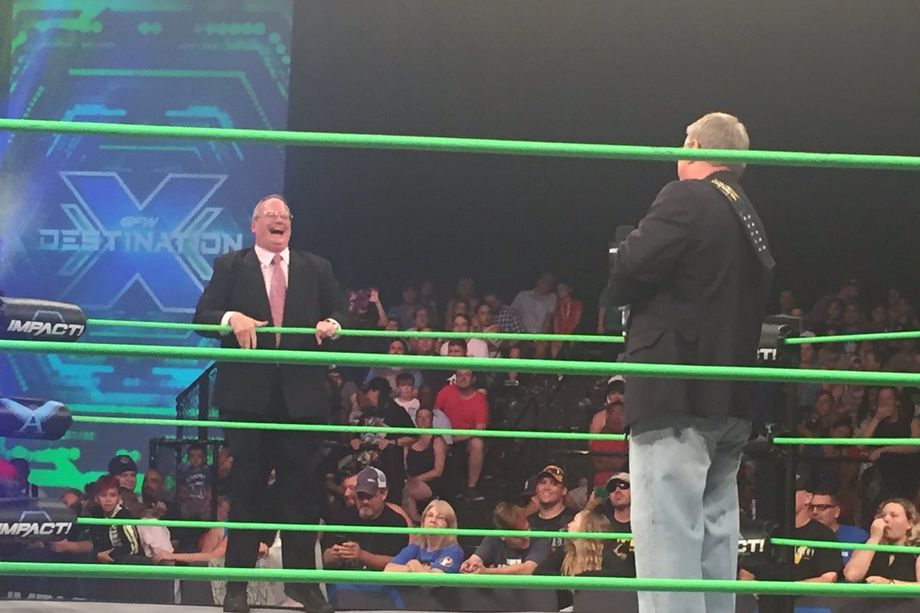 Legendary manager and former booker Jim Cornette is one of the most notoriously vocal critics in professional wrestling.

Cornette has made arguably an equal legacy through shoot interviews and podcast takes about the industry in recent years on numerous topics, including his former employer Total Nonstop Action Wrestling, now known as Global Force Wrestling.

So his return to GFW during last night’s live broadcast of Destination X may come as a surprise.

Cornette interrupted Bruce Prichard’s announcement regarding the vacant GFW championship — which Prichard planned to reward to former champion Bobby Lashley — to reveal that Prichard had been fired.

Cornette went on to cut something of a worked shoot, noting that former champion Alberto El Patron didn’t relinquish the title, but was indeed stripped of it and that GFW was going to go through a culture change. He noted that everyone will earn heir spot and the company wouldn’t reward big stars looking to come in for a “vacation” with immediate title shots before announcing a 20-man gauntlet match for the GFW championship.

Cornette had previously worked for TNA in 2009, before being fired by former owner Dixie Carter after his infamously tumultuous relationship with former head writer Vince Russo.

He has, however, maintained a good relationship with GFW founder Jeff Jarrett, who returned to TNA after a hiatus to merger both companies in 2015.