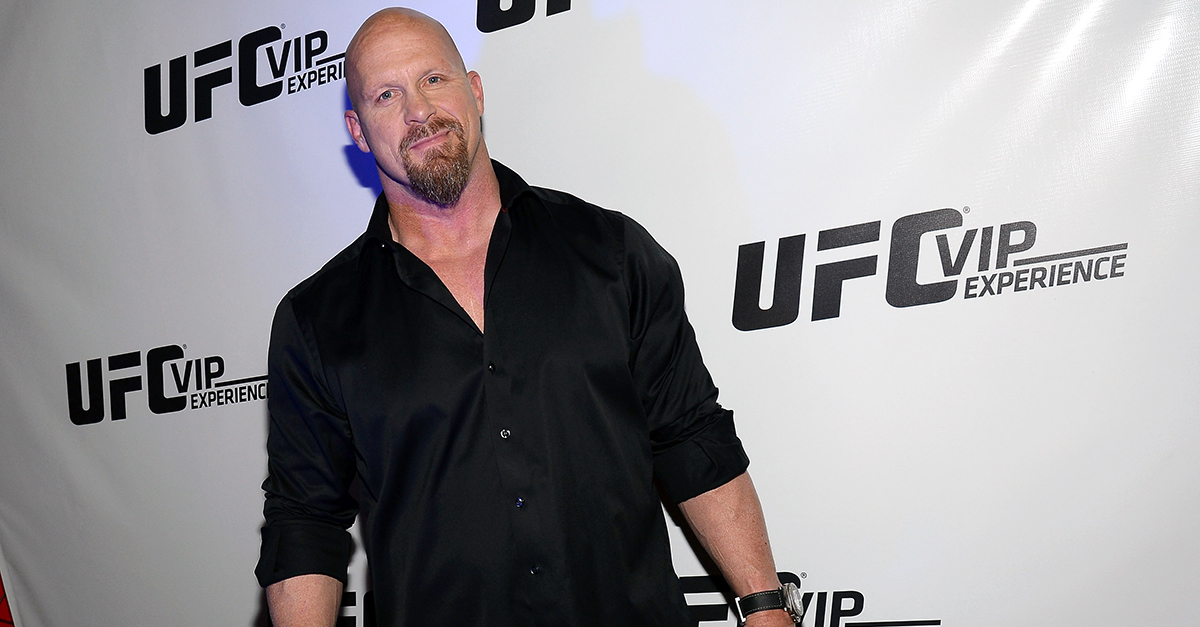 NJPW star Kenny Omega has taken the wrestling world by storm this year and one of the all-time greats has taken notice.

“He’s [Omega] very reminiscent to me and indicative of today’s [pro] wrestler, what they think, and how they act, and how they perceive the [pro wrestling] business,” JR said. “And I’m not saying any of this in a negative way, just there’s a new era and a new wave of thinking. And for us old guys, we kind of have to be willing to hear their point of view because their point of view sometimes isn’t what we were raised with.”

“He may never go to New York, but just when I look out there, Jim, and I ask, who could be the next big draw, he’s at the top of my list. May it happen or will it happen? Maybe it will and maybe it won’t, but that’s what I think his potential is.” Austin admitted, “I see so much in this kid and that’s why I’m so high on him.”

Austin added, “a lot of charisma, a lot of presence, and bigger than life personality. And he can go like a son of a b—h in the ring, so he has got all that. He has been in the business 15 years or better, so he knows all that. He knows how to get over. He can get over if the company’s really behind him and given that platform. I think he’s a guy that’s hungry enough to be on board and say, ‘hey, I want to be number one.'”

Ross said that he respects Omega for staying with NJPW this year after rumors of potentially jumping to WWE to deal with some “unfinished business.”

“He still has unfinished business to do in New Japan because he has accepted some portion of ownership of his role in that company, so being in New Japan to Kenny Omega is important. It’s not just about Kenny Omega and his payday, or Kenny Omega and his gimmick sales, or what the Bullet Club does, or blah, blah, blah, or a million things. It’s about, ‘can he help build the brand that’s funding his life right now?’ And that’s what they’re doing. And he has taken ownership of that, ‘I have unfinished business and I want to stay here and get this company elevated more.'”

Ross predicted that Omega will eventually sign with WWE in 2018. Additionally, he said Omega would be leaving money on the table if he continued to bypass WWE and said the Cleaner “owes it to himself” to have a run with the company before he is 38 or 39 years old.

“When his deal is up in early 2018, as I understand it, that I think he will be in WWE sometime in 2018.” Ross averred, “if you’re a pro wrestler and you don’t have the chance, or you take yourself out of a chance to go to WWE at some point in your career, in your productive years, you might be cheating yourself in my opinion money-wise.”

You can listen to The Steve Austin Show podcast here.