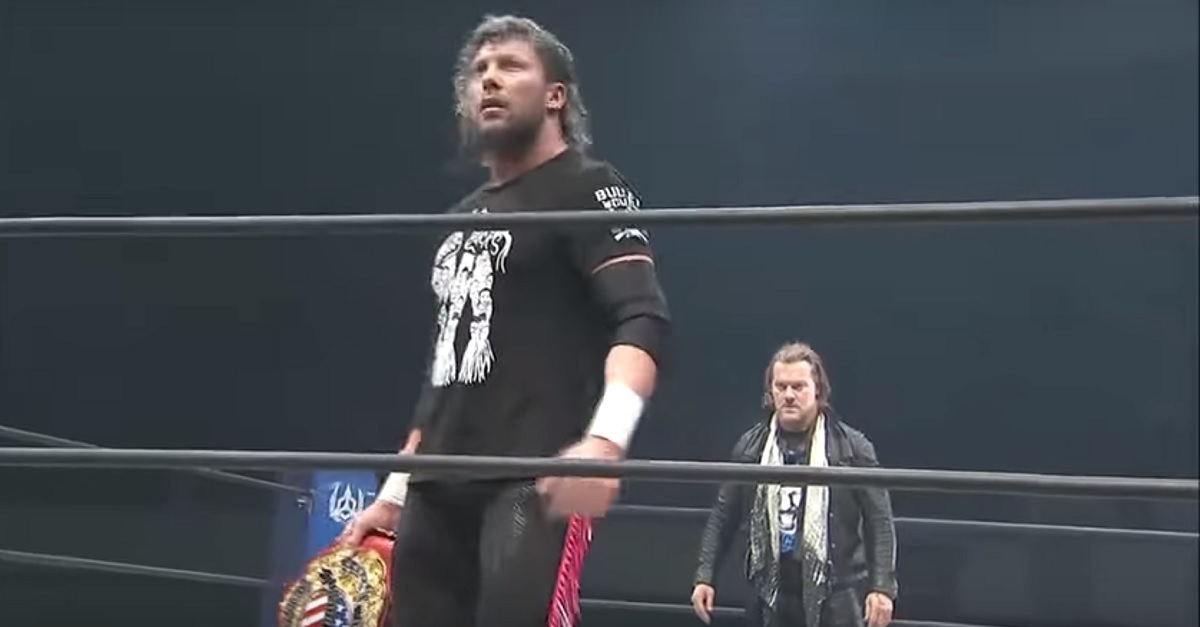 Omega has emerged as one of the top stars in pro wrestling outside of WWE, and there has been rampant speculation over the past year that Omega will eventually find himself within the confines of Vince McMahon’s promotion.

In a conversation with Dave Meltzer and Bryan Alvarez of the Wrestling Observer (subscription required, but recommended), Omega detailed why he believes he will stay in NJPW for the time being, even if the offers in WWE are attractive.

“I’m always sort of dictated by how… just where I feel my inspiration is. I don’t feel inspired to go [to WWE] right now. I know there’s a plethora of cool stuff that I could do while being there… and I don’t just mean matches. Yeah, of course, you could talk about the AJ [Styles] matches, maybe working with Shinsuke [Nakamura] or Kevin Owens or whatever, I’m even talking about the other stuff; even doing the extra things with Xavier Woods, who’s a good friend of mine, doing stuff for his YouTube page “Up Up Down Down” and just being involved with their extra programming they have.

I could do a lot there, and I guess it could be fun as well and fulfilling, however, I still have a few goals in Japan and I feel that’s where my heart is.”

Omega mentioned that he also wants to help NJPW grow internationally, and that he believes he has some obligations there. NJPW has already started positioning Omega as an international superstar, with Omega main eventing the Wrestle Kingdom 11 and Dominion shows — two of the biggest dates on NJPW’s yearly schedule — against IWGP Heavyweight Champion Kazuchika Okada in 2017.

Another topic of discussion was how Omega’s match with Jericho came to be, with Omega saying that he almost didn’t believe it was a real thing when he was first told of the idea.

“I had first heard of it, the idea, from Don [Callis], because we message each other all the time, just about this, that, and the other — not necessarily always wrestling stuff, even. He just kinda said, ‘Hey what would you think of you and Jericho?’

Of course, if we’re just talking about fantasy booking, yeah, it would be great, but I didn’t think it was going to be anything more than that.”

Omega also mentioned that he hopes this match with Jericho — who current is not under contract with WWE — can be something “completely different” than what he’s done before. The match, marketed as a “double main event” with the IWGP Heavyweight title match between Okada and Tetsuya Naito, has become one of the most discussed topics in the pro wrestling industry over the past few months, partially over the intrigue of a “NJPW guy” and a “WWE guy” facing off on one of the biggest stages of the year.

The Wrestle Kingdom 12 show will be broadcast live on the NJPW World streaming service.

[H/T to Dave Meltzer of the Wrestling Observer]